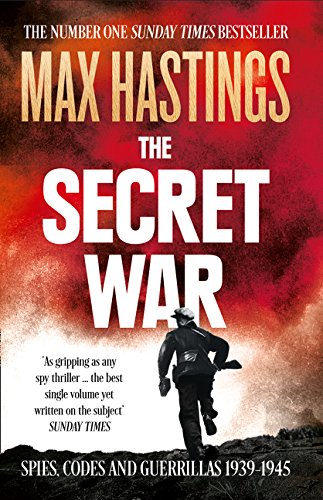 In The Secret War, Max Hastings presents a worldwide cast of characters and extraordinary sagas of intelligence and Resistance to create a new perspective on the greatest conflict in history.

The book links tales of high courage ashore, at sea and in the air to the work of the brilliant ‘boffins’ battling the enemy’s technology. Here are not only the unheralded codebreaking geniuses of Bletchley Park, but also their German counterparts who achieved their own triumphs and the fabulous espionage networks created, and so often spurned, by the Soviet Union.

With its stories of high policy and human drama, the book has been acclaimed as the best history of the secret war ever written.

‘As gripping as any spy thriller, Hastings’s achievement is especially impressive, for he has produced the best single volume yet written on the subject’ Sunday Times