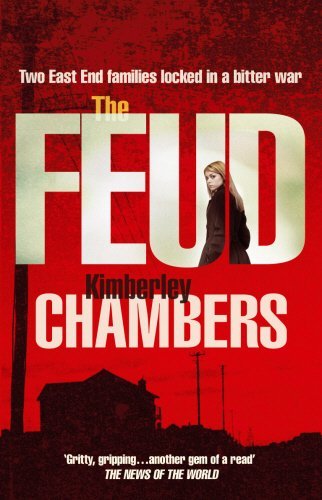 For more than a decade two East End families have been locked in a bitter war.

On one side are the Mitchells, a notorious underworld mob from East London’s Canning Town. They have an iron in every fire and will resort to intimidation and violence to get what they want. When Stanley Smith’s lovely young daughter, Jessica, announces that she is to marry Eddie, the son of mob boss Harry Mitchell, Stanley is horrified, but too afraid to stand in their way.

On the other side are the O’Haras. The Mitchells’ biggest rivals are a travelling family who live in nearby Stratford. They compete with the Mitchells for pub protection and the two families hate each other.

Caught between these two families at war, are two innocent children, who will grow up to love the wrong people and spark the last terrible act in the long-running feud. 1988 was a happy year in many people’s lives. Some called it The Rave Year, others The Second Summer of Love. For Eddie Mitchell and his family it is neither. 1988 is the year in which his whole dangerous, violent world explodes around him.