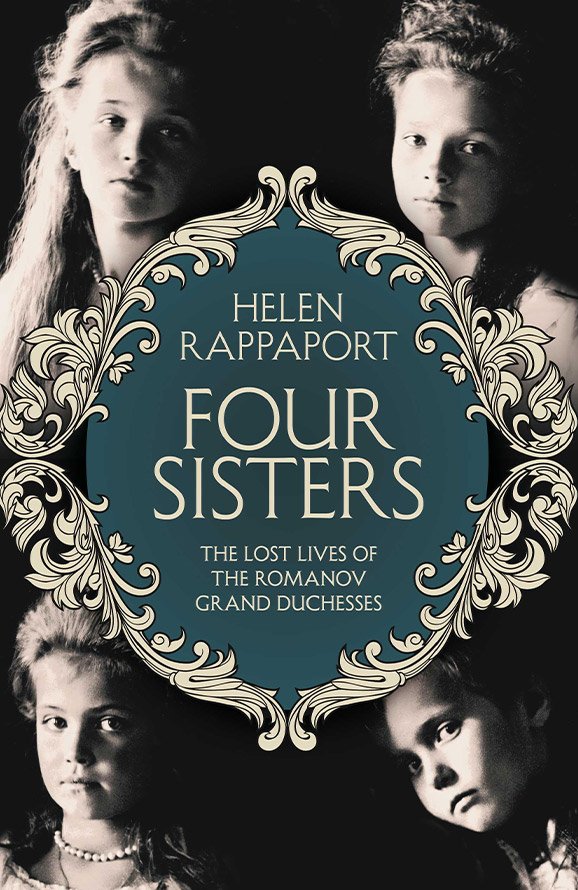 Four Sisters: The Lost Lives of the Romanov Grand Duchesses

Four Sisters: The Lost Lives of the Romanov Grand Duchesses

Award-winning and critically acclaimed historian Helen Rappaport turns to the tragic story of the daughters of the last Tsar of all the Russias, slaughtered with their parents at Ekaterinburg. On 17 July 1918, four young women walked down 23 steps into the cellar of a house in Ekaterinburg. The eldest was 22, the youngest only 17. Together with their parents and their 13-year-old brother, they were all brutally murdered. Their crime: to be the daughters of the last Tsar and Tsaritsa of All the Russias. Much has been written about Nicholas II, his wife Alexandra and their tragic fate, as it has about the Russian Revolutions of 1917, but little attention has been paid to the Romanov princesses, who – perhaps inevitably – have been seen as minor players in the drama.

In Four Sisters, however, acclaimed biographer Helen Rappaport puts them centre stage and offers listeners the most authoritative account yet of the Grand Duchesses Olga, Tatiana, Maria and Anastasia. Drawing on their own letters and diaries and other hitherto unexamined primary sources, she paints a vivid picture of their lives in the dying days of the Romanov dynasty. We see, almost for the first time, their journey from a childhood of enormous privilege, throughout which they led a very sheltered and largely simple life, to young womanhood – their first romantic crushes, their hopes and dreams, the difficulty of coping with a mother who was a chronic invalid and a haeomophiliac brother, and, latterly, the trauma of the revolution and its terrible consequences.

Compellingly listenable, meticulously researched, and deeply moving, Four Sisters gives these young women a voice, and allows their story to resonate for listeners almost a century after their death.

‘Rappaport is insightful in her analysis of Alexandra’s vulnerability [and] illuminates the precise influence of Grigori Rasputin . . . An astoundingly intimate tale of domestic life lived in the crucible of power.’ Observer

‘[Rappaport] brings to Four Sisters an encyclopedic knowledge of the minutiae of Nicholas and Alexandra’s family life . . . Four Sisters is a study in unity. It demonstrates resoundingly the strength of family ties.’ The Telegraph