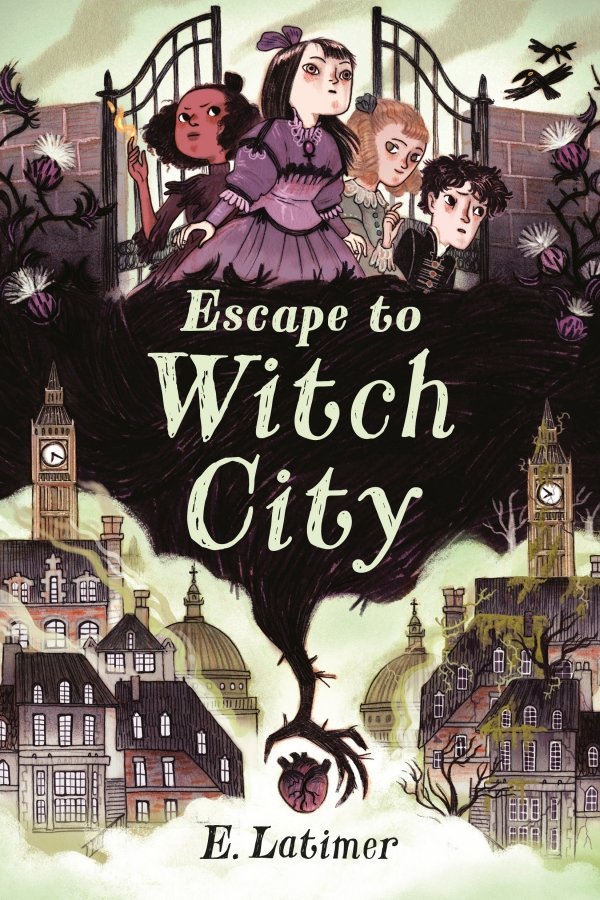 In a world ruled by fear of witches, some secrets are deadly. A thrilling new fantasy adventure set in historical London for fans of V.E. Schwab’s City of Ghosts and Serafina and the Black Cloak.

‘Intrigue, betrayals, and threats of filicide heighten the drama, but it is the awesome possibilities awakened when one embraces one’s powers that lie at the heart of this story… Suspenseful and heartening’ Kirkus Reviews

Emmaline Black has a secret. She can hear the rhythm of heartbeats. Not just her own, but others’ too. It’s a rhythm she’s learned to control, and that can only mean one thing… Emma’s a witch.

In a world where a sentence of witchcraft comes with dire consequences and all children who have reached the age of thirteen are tested to ensure they have no witch blood, Emma must attempt to stamp out her power before her own test comes. But the more she researches, the more she begins to suspect that her radically anti-witch aunt and mother are hiding something. The truth about their sister, her Aunt Lenore, who disappeared under mysterious circumstances years ago.

The day of the test comes, and Emma’s results not only pair her up with strange new friends, but set her on a course to challenge everything she’s ever been taught about magic, and reveal long-buried family secrets. It seems witches may not have been so easy to banish after all. Secret cities, untapped powers, missing family members — Emma is about to discover a whole new world.