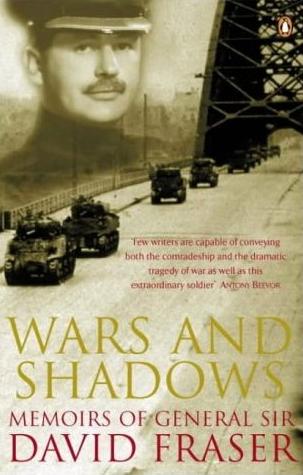 This exceptional memoir by one of Britain’s most distinguished living soldiers describes a life lived against the backdrop of the most significant military events of the last century. David Fraser was raised in a military family deep in the shadow of the First World War. He absconded from school to enlist at the earliest possible moment after the Second was declared. He was intimately involved afterwards in crises in Suez, Cyprus and Malaya, and eventually became Vice Chief of the General Staff. Wars and Shadows is one of the last notable memoirs of the great conflict in the middle of the last century. It evokes the lives and characters of many of those who fought – and, often, lost their lives – vividly and tenderly. Like the very best memoirs, as well as entertaining us, it also allows us to reflect on how we might have reacted in similar circumstances to those the author faced, and whether eventually we might be able to give an account even half so satisfying as this of our own lives and times.