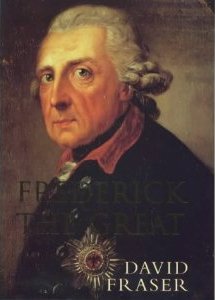 Frederick the Great – one of the few rulers in history ever accorded the epithet – was, in David Fraser’s description, ‘One of the most extraordinary men ever to sit on a throne or command an army’. He was an artistic patron and himself a distinguished musician whose attributes of mind and taste were recognised throughout civilised Europe. He was a man of letters, corresponding with, and the intimate of, many of the leading intellectuals of his day. He was a dedicated ruler and lawgiver, who said he wanted nothing more than to be remembered as ‘le Roi de Gueux’, the king of beggars. He was made famous at the age of 33 by his military capacities, and he lived the rest of his long life acknowledged as the greatest soldier of his time.

David Fraser’s new biography, which aims to be definitive, explores every aspect of Frederick’s life and career with complete thoroughness. Frederick excited violent opinions for and against in his lifetime and has continued to do so ever since. ‘He is the completest tyrant God ever made for the scourge of an offending people,’ wrote the British diplomat Sir Charles Hanbury-Williams, who was accredited to his court. To the Prince de Ligne who fought against him and was a loyal servant of his enemies, he was on the contrary ‘the greatest man who has ever lived’. David Fraser’s book explores the ground between these two opinions, and clearly sets out his own view. The result is a marvellously satisfying and engrossing biography.