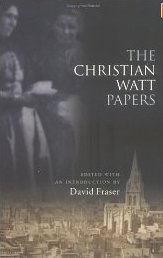 Christian Watt was born in 1833 into a Fraserburgh fishing family. Hers was a life of toil and hardship during which many of her relatives, including her husband and favourite son, were lost at sea. Anxiety and grief eventually led to mental breakdown at the age of forty-seven and Christian spent the rest of her life as a patient in the Cornhill Infirmary, Aberdeen. Her treatment there was enlightened and humane: she continued to work and travel and it was at this point that she began to write down recollections of her life. Her remarkable story paints a vivid picture not only of life in the north-east of Scotland during the second half of the nineteenth century and into the twentieth, but also of major national and international events.

Fuelled by a sense of family pride, anger at social injustice, hatred of war, and profound religious faith, these memoirs show Christian to have been a woman of immense courage and compassion. Written with frankness, spontaneity and insight, they are a fascinating record of an extraordinary life.