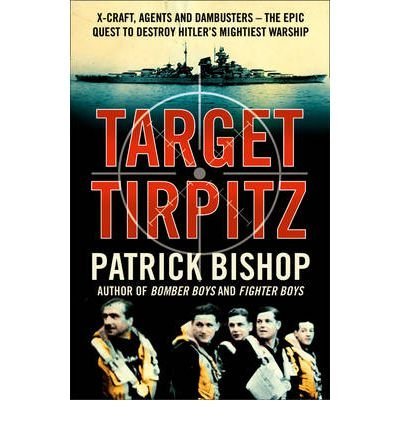 A gripping account of the epic hunt for Hitler’s most terrifying battleship – the legendary Tirpitz – and the brave men who risked their lives to attack and destroy this most potent symbol of the Nazi’s fearsome war machine.

Tirpitz was the pride of Hitler’s navy. To Churchill, she was ‘the Beast’, a menace to Britain’s supply lines and a threat to the convoys sustaining Stalin’s armies. Tirpitz was said to be unsinkable, impregnable –no other target attracted so much attention.

In total 36 major Allied operations were launched against her, including desperately risky missions by human torpedoes and midget submarines and near-suicidal bombing raids. Yet Tirpitz stayed afloat. It was not until November 1944 that she was finally destroyed by RAF Lancaster Bombers flown by 617 Squadron – the Dambusters – in a gruelling mission that tested the very limits of human endurance.

The man who led the raid – Willie Tait – was one of the most remarkable figures of the war, flying missions almost continuously right from the start. Until now his deeds have been virtually unknown. With exclusive co-operation from Tait’s family, Patrick Bishop reveals the extraordinary achievement of a man who shunned the spotlight but whose name will be renowned for generations to come.

The book is a magnificent, accessibly written wartime adventure, perfect for fans of Ben Macintyre’s ‘Agent Zigzag’ or ‘Operation Mincemeat’.