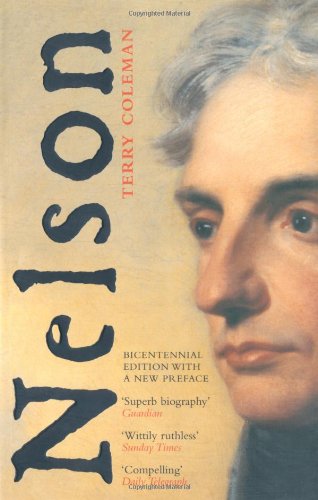 Nelson: The Man and the Legend

Horatio Nelson was a naval genius and a natural born predator. In his private life as in war he was ruthless.

A fanatic for duty, at times beyond all sense, he was also a royalist so infatuated with the divine right of kings that he began to see himself as an instrument of God. At the height of his fame Nelson was half unhinged: a generous man who wanted his wife dead; besotted with Emma Hamilton but jealously unsure of her; at odds with his honourable father; at law with his old mentor Earl St Vincent, and damning the Lords of the Admiralty as a set of beasts.

Written with access to letters and documents and with previously unpublished material, Terry Coleman provides penetrating and true picture of Nelson as we have never seen him before.