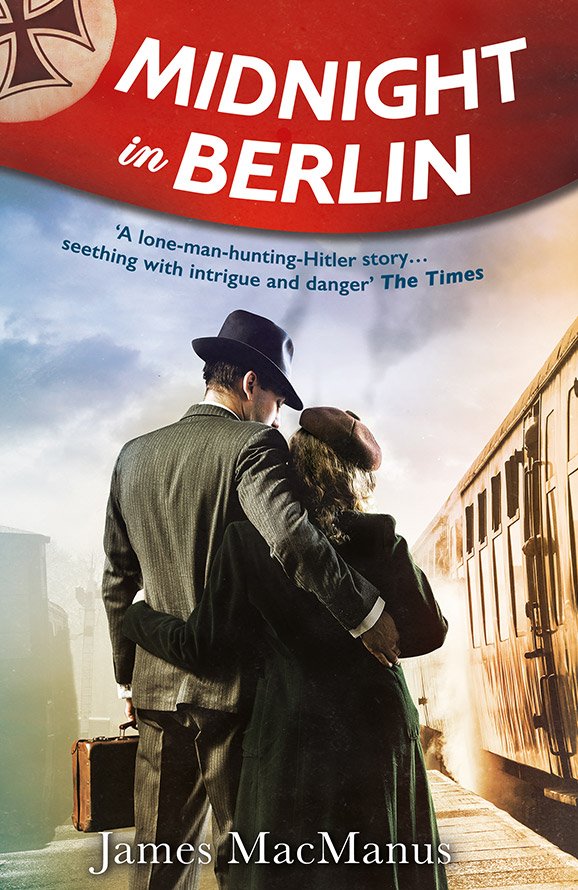 MIDNIGHT IN BERLIN – Buy it here

Berlin, 1938. Newly-appointed military attache Noel Macrae and his extrovert wife Primrose arrive at the British Embassy. Prime Minister Chamberlain is intent on placating Nazi Germany, but Macrae is less so. Convinced Hitler can be stopped by other means than appeasement, he soon discovers he is not the only dissenting voice in the Embassy and finds that some senior officers in the German military are prepared to turn against the Fuhrer. Gathering vital intelligence, Macrae is drawn to Kitty Schmidt’s Salon (a Nazi bordello) and its enigmatic Jewish hostess Sara Sternschein-a favourite of sadistic Gestapo boss Reinhard Heydrich. Sara is a treasure-trove of knowledge about the Nazi hierarchy in a city of lies, spies and secrets. Does she hold the key to thwarting Hitler or is Macrae just being manipulated by her whilst his wife romantically pursues his most important German military contact, Florian Koenig? In James MacManus’ absorbing new novel the author evokes a time and place when the personal and political stakes could not be higher and where the urge for peaceful compromise conflicts with higher ideals and a vicious regime bent on war. As loyalties are stretched to the limit and Europe slides towards another war, could just one act of great courage and sacrifice change everything?