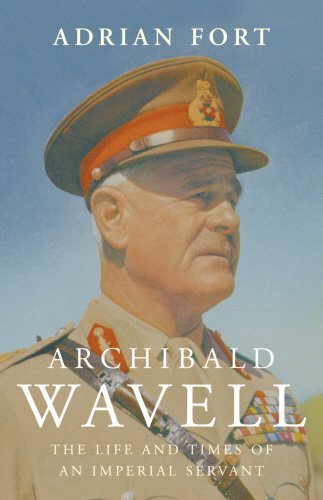 Archibald Wavell: The Life and Times of an Imperial Servant

Archibald Wavell was born a few years before Queen Victoria’s Golden Jubilee and died shortly after the end of the Second World War (1883-1950). During that time the country in which he was born and brought up in changed beyond recognition, undergoing a fundamental revision in the attitudes, expectations, prejudices and hopes of the British people. His life epitomises that of a generation of famous men whose education and upbringing equipped them for a future that was to prove an illusion.

At seventeen, Archibald Wavell joined the army and as a young officer saw action in the Boer War and on the North West Frontier.In the Great War, he was often close to the greatest generals in the British Army; he fought in the trenches, was decorated for bravery and lost an eye. Between the wars his career included command of troops attempting to keep the peace in Palestine as revolt engulfed the country. His victorious campaigns early in the Second World War attracted a blaze of public admiration and renown; but he also tasted defeat and rejection, both in Africa and from 1941 as commander-in-chief of Allied forces in India, wilting before the Japanese onslaught in Burma and Singapore. In 1943 he was appointed Viceroy of India, where he took on the task of guiding that country’s destiny as it crossed the brink of Empire into the turmoil of independence.