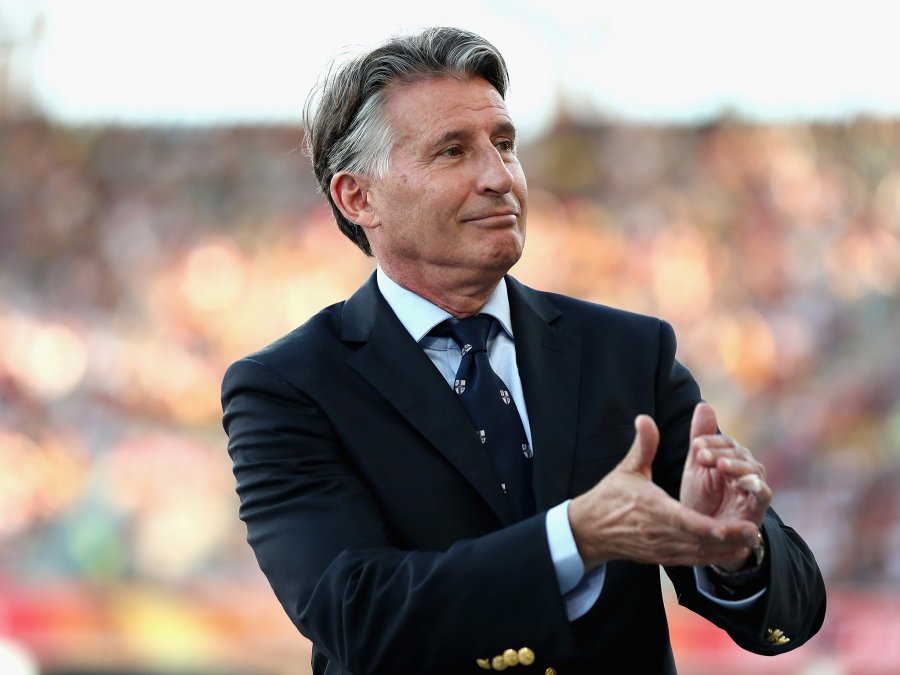 Lord ‘Seb’ Coe competed in the Athletics World Cup in 1981 and 1989 and finished 1st and 2nd respectively. At the Olympic Games in Moscow in 1980 he won Gold in the 1500m and Silver in the 800m a feat which he repeated in Los Angeles in 1984. In all Lord Coe set 12 world records during his athletics career. He retired from competitive athletics in 1990.

From 2010 to 2019 he chaired the Sport Honours Committee, and from the Autumn of 2012 to 2014 he served within the Cabinet Office as Legacy Ambassador for the London 2012 Games.

Lord Coe has been President of World Athletics (formally International Association of Athletics Federations) since 2015 after serving as a Vice President since 2007 and was elected to become a member of the International Olympic Committee in July 2020.

Lord Coe has served in numerous other leadership roles, including,Non-Executive Director of CSM Sports and Entertainment, strategic advisor and ambassador to Vitality Health and Life group of companies, consultant to Chelsea Football Club, senior advisor to Morgan Stanley & Co. International, ambassador to Horometrie SA, special global advisor to Nike International, senior independent advisor to Deutsche Bank, columnist at the Telegraph Media Group and the Evening Standard, member of the IOC Coordination Coordination Commission for the Tokyo 2020 Olympic Games, member of the IOC Public Affairs and Social Development through Sport Commission, chairman of the Working Group on Youth of the Association of National Olympic Committees (ANOC), member of the executive council of the ANOC, member of the International Olympic Committee, vice president of the International Association of Athletics Federations, chairman of the British Olympic Association, member of the executive committee of the European Olympic Committee, founder and trustee of the Sebastian Coe Charitable Foundation, and chairman of International Inspiration. In 2017, he became Chancellor of Loughborough University having previously served as Pro Chancellor of the University. Lord Coe is passionately committed to the role of sports, athletics and play in the development of children and his involvement with Hell Genius at a Board level will serve to ensure that offline activities, athletic pursuits and physical adventure are a key part of the Hello Genius platform and content.

Fantastic to spend the weekend at the #BritishGP. Aside from an incredible race, what a pleasure to spend time with many of the fantastic people at @CSM_Worldwide and witness the stellar job they do delivering for clients.

Have a look at some photos from the race weekend, below.

Great being back ⁦@noordinarypark⁩ today with ⁦@RealDeniseLewis⁩ for a #London2012 10th anniversary assignment. Good job ⁦@LondonLegacy.⁩ Big shoutout to the class from ⁦@AGSFounded1598⁩. Fun to meet you all & good luck with your project 💪👍#passthebaton

🙏 @RealDeniseLewis & @iamjessmills for my trip down memory lane @noordinarypark today. Happy memories of @London2012 & remembering the driving force that was Tessa Jowell.  Her @FoundationTessa has something special planned to mark the 10th Anniversary. So don’t miss it.

Athletes in over 30 counties are competing in their national championships this weekend ahead of @WCHOregon22. I remember it well. Best of luck to you all. Believe in yourselves and believe in your training. See you in Oregon in 2 weeks 💪

Good to meet Hungarian Prime Minister, Viktor Orban, re preparations for the ⁦@wabudapest23⁩. Was told this is the biggest sports event ever hosted by Hungary. Some great initiatives being put in place to use athletics to drive a kids active lifestyle programme # legacy

Fantastic day in Budapest getting to run the first metres on the track at the New Athletics Centre of Hungary with some budding local athletes.

Plenty still to do, but exciting to see a focussed team working on what promises to be a wonderful @wabudapest23 👏🙏

Delighted to witness Jakob Ingebrigtsen become the first Norwegian to win the prestigious #DreamMile at @BislettGames #OsloDL. What a wonderful way to celebrate 100 years of Bislett Stadium👏👏👏

My thanks to Mauritius PM Hon Pravind Jugnauth for financially supporting the African Senior Championships – the first in 4 years. Also a good discussion about the importance of athletics in national health objectives #AthleticsAfrica #Maurice22 #africanchamps #CAAMauritius2022

Very honoured to ring the bell for the start of play ⁦@HomeOfCricket⁩ .. and a good day’s cricket #ENGvNZ

Is access to clean air a human right? That’s the question @WorldAthletics is asking as it launches the #EveryBreathCounts campaign to call for more action to tackle #AirPollution - I’ll be speaking to the President of World Athletics @sebcoe 10.30BST @BBCNews Channel @BBCWorld https://twitter.com/WorldAthletics/status/1531774782869360640

As a runner, I want to live in a world where everyone can breathe clean air.

On #GlobalRunningDay @WorldAthletics is urging people around the world to sign the Declaration for Clean Air.

Re-launched the Seb Coe Foundation 🙏 to all who raised vital funds for 3 great charities ⁦⁦@AccessSportUK⁩, ⁦@TheTutorTrust⁩ & #onsideyouthzones. All dedicated to helping young people navigate their way to adulthood through sport & education ⁦@TotoWolff_⁩

The @Diamond_League is almost here 👀

Just over two weeks before the #RoadToZurich kicks off at @dldoha 👇

They may have won their @CariftaTandF medals over a decade ago but @realshellyannfp and @princess_toya1 are phenomenal athletes. You never forget where you started or the importance of role models when you began. Thank you for showing up and supporting so passionately 👏👏

Watched the phenomenal 🇯🇲 team rupture the World U20 4x100m record with @realshellyannfp on home soil - what a night!

Grateful to everyone working hard to give our young athletes the opportunity to compete in one of the most prestigious age-group champs with some of the most knowledgeable & passionate fans in the world.