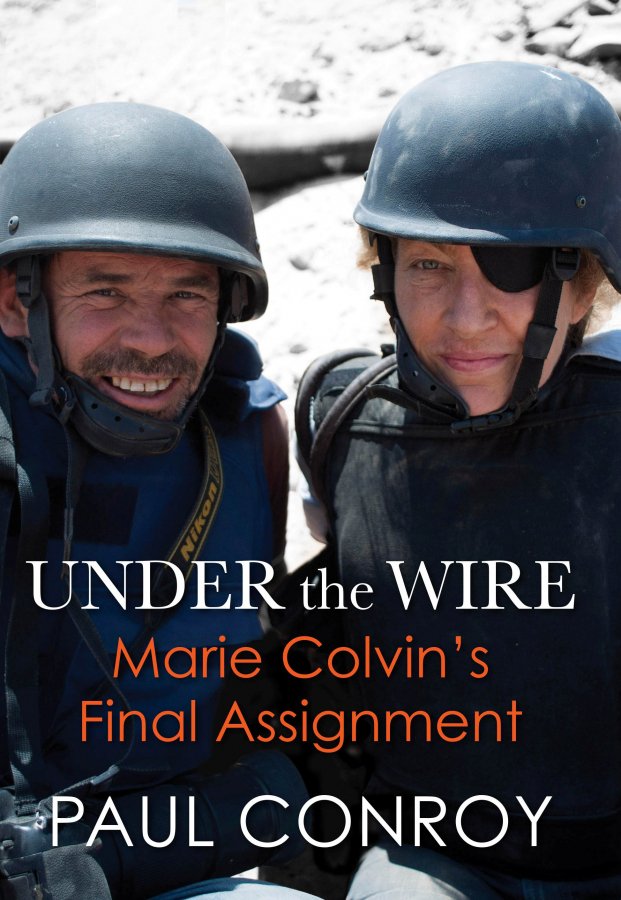 Determined to cover the Syrian regime’s brutal crackdown on dissent and the devastating impact of the war on Syria’s civilians, veteran photographer Paul Conroy and Marie Colvin, one of the foremost war correspondents of her generation, decided to smuggle themselves across enemy lines and into the blood and terror of Homs.

But tragedy struck before the pair could finish documenting the slaughter. A rocket killed Colvin and ripped a hole in Conroy’s leg. As Syrian ground forces closed in on his position, Conroy was forced to make a terrifying last-ditch attempt to escape from a regime that appeared determined to murder him.

Under the Wire is the epic, untold account of Conroy and Colvin’s last, tragic assignment together. A rare and touching portrait of an extraordinary woman driven by an unquenchable desire to ‘bear witness’, it is as much a tale of courage and survival as it is the poignant account of a friendship forged amid the carnage of war.