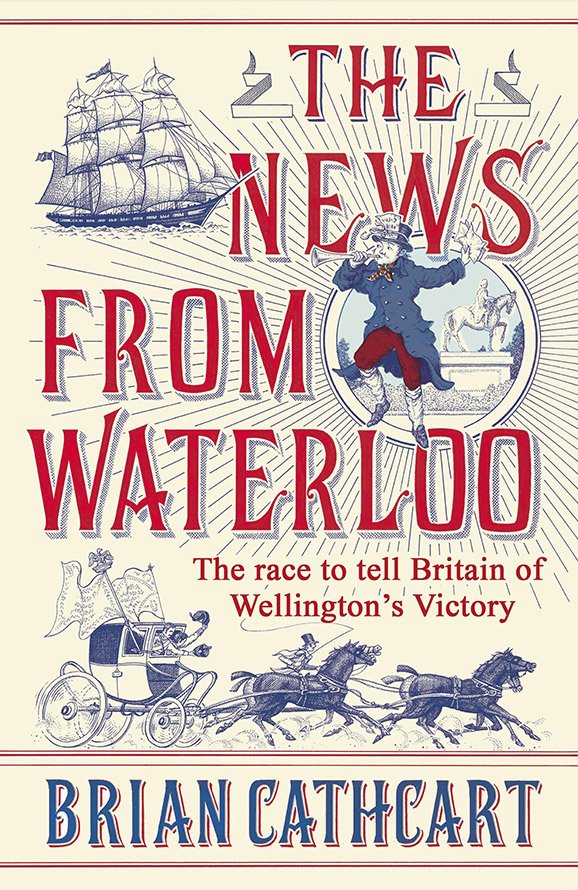 The News From Waterloo

The Duke of Wellington’s victory over Napoleon in 1815 at Waterloo ensured British dominance for the rest of the nineteenth century. It took three days and two hours for word to travel from Belgium in a form that people could rely upon.

This is a tragi-comic midsummer’s tale that begins amidst terrible carnage and weaves through a world of politics and military convention, enterprise and roguery, frustration, doubt and jealousy, to end spectacularly in the heart of Regency society at a grand soiree in St James’s Square after feverish journeys by coach and horseback, a Channel crossing delayed by falling tides and a flat calm, and a final dash by coach and four from Dover to London.

At least five men were involved in bringing the news or parts of it to London, and their stories are fascinating. Brian Cathcart, a brilliant storyteller and historian, has visited the battlefield, travelled the messengers’ routes, and traced untapped British, French and Belgian records. This is a strikingly original perspective on a key moment in British history.