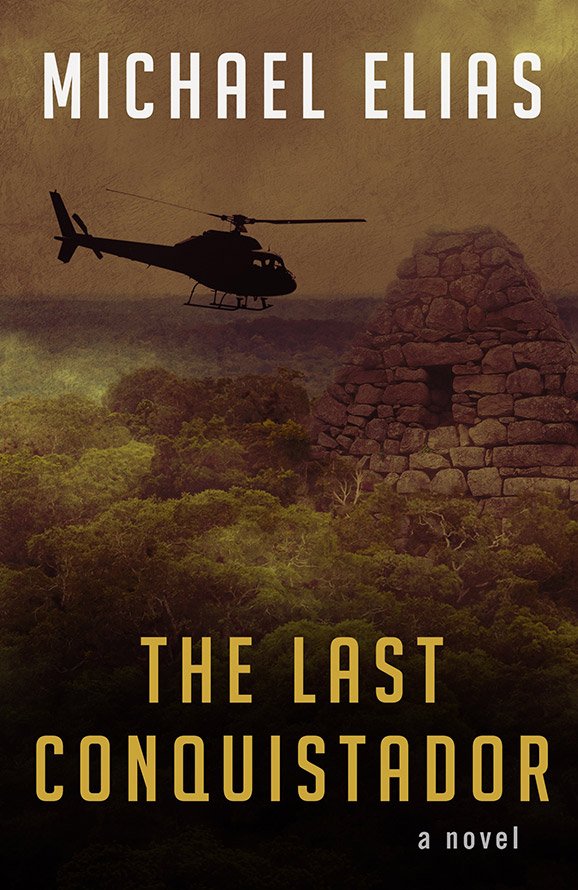 A series of child abductions in Peru leads an FBI agent and an archaeologist to uncover the ultimate secret of the Inca Empire On a Peruvian Andes mountaintop, archaeology professor Nina Ramirez and her students make two stunning discoveries: the five-hundred-year-old mummy of an Inca girl, the victim of ritual sacrifice, and in another grave, the corpse of a recently kidnapped boy wearing the same ancient costume. Child abductions are being reported throughout Peru, and when an American boy is snatched in Lima, FBI agent Adam Palma is assigned to the case. At the home of a manic artist who was the sole survivor of similar kidnappings in 1962, Adam is shown a disturbing mural depicting the Spanish conquistador Francisco Pizarro. In the painting, the conquistador’s face looks exactly like his own. Adam teams up with Nina, and with the help of a mysterious boy named Quiso, their investigation takes them deep into the Amazon jungle in a search for a lost city of the Incas, where the ancient sacrificial rituals may still be alive. As Quiso leads Nina and Adam closer to the city and its secrets, Adam realizes that the only way to save the kidnapped children is to make the past repeat itself. Adam, like his distant ancestor Pizarro, must square off against an Inca high priest. “A chilling, thrilling experience. Elias takes us on an exciting journey to a spine-chilling place where the past and present come together in an ancient, but very modern, tale of kidnapped children and Latin American intrigue. Archeologist Nina Ramirez and FBI Agent Adam Palma’s trek to the other world where the dead come alive is a breathtaking whodunit. Put aside your National Geographic and shut off the Discovery Channel; The Last Conquistador is a great visual trip into the unknown.” -Clancy Sigal, author of Hemingway Lives! and Going Away “Hats off! For those who think there is nothing new under the sun, I suggest they consider Michael Elias’s wonderfully original novel, The Last Conquistador, in which an FBI agent improbably crosses paths with Francisco Pizarro, conqueror of Peru. Elias has done his homework and he writes evocatively of other times and places, spinning an enthralling tale you haven’t heard before.” -Nicholas Meyer, author of The Seven-Per-Cent Solution “To the great ‘Lost World’ tradition of history-fantasy literature created by H. Rider Haggard, continuing through Edgar Rice Burroughs and Jules Verne, and flourishing with Michael Crichton and James Preston, comes Michael Elias’s rollickingly entertaining The Last Conquistador. To his gritty portrayal of contemporary Peru, brilliantly researched recreations of Incan Peru in its royal heyday, with all its ancient pomp and human sacrifice, plus a hot-blooded romance between a Hispanic FBI agent and his long-lost archaeologist lover, Elias brings a veteran screenwriter’s gift for cinematic immediacy to this stunningly imaginative high adventure. The confidence behind its riveting blend of fast-paced modern thriller and time-traveling Lost City setting updates the genre and leaves us panting for a sequel.” -Peter Nabokov, author of Where the Lightning Strikes: The Lives of American Indian Sacred Places Michael Elias is a screenwriter and director. His credits include The Jerk, Serial, The Frisco Kid, Envoyez les Violins, and Young Doctors in Love. He wrote and directed the acclaimed jazz film Lush Life, starring Jeff Goldblum and Forest Whitaker. Elias lives in Los Angeles with his son, Fred, and his partner, Bianca Roberts, a vice president of the California Institute of the Arts. The Last Conquistador is his first novel.