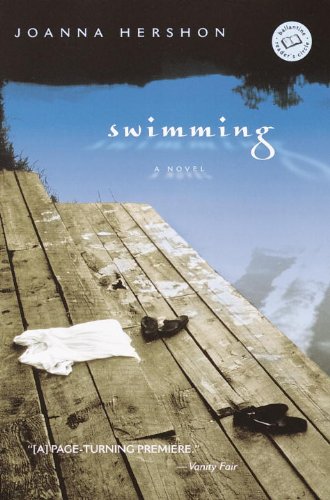 Twenty years ago, Vivian Silver abandoned her dreams of travel to marry the mysterious Jeb Wheeler, seduced both by his unnerving charm and his acres of untamed New Hampshire land. The hand-built house and swimming pond become the center of the universe for their entire family. Lila, their youngest, is consumed with love for her two older brothers, Aaron and Jack, and remains blind to the simmering tension between them. For beneath the surface of their idyllic setting lies a depth of explosive feeling that none of them can control.

Into this heated atmosphere glides Aaron’s girlfriend, Suzanne, whose presence is threatening, exciting; Lila thrills to the ominous quality of Aaron’s absolute adoration for this young woman. Before her visit is over, Suzanne will unleash the forces of rage between Aaron and Jack, compelling one brother to commit an act against the other that can never be taken back.
A decade later, living in New York, Lila still searches for Aaron, who disappeared that night, and Suzanne, whose mystique still exerts a hold on her memory. For Lila to move past her family’ s tragedy, she must piece together what happened that fateful weekend–and recover the things lost down by the water–before she can at last let them go.

A stunning literary novel that captures the lingering effects of longing and loss, Swimming is by turns a gripping family story, a heartbreaking coming of age journey, and a suspenseful psychological investigation into the meaning and limits of fidelity, identity, and intimacy.