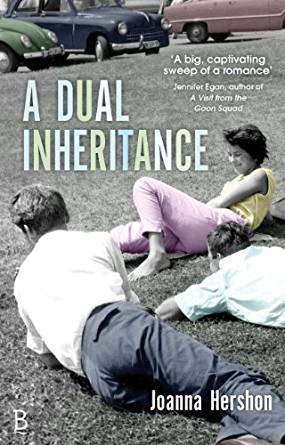 Cambridge, Massachusetts, 1963: two students meet one autumn evening during their senior year at Harvard–Ed, a
Jewish kid on scholarship, and Hugh, a Boston Brahmin with the world at his feet. Ed is unapologetically ambitious
and girl-crazy, while Hugh is ambivalent about everything aside from his dedicated pining for the one girl he’s ever
loved. An immediate, intense friendship is sparked that night, which ends just as abruptly, several years later,
although only one of them understands why.

A Dual Inheritance is the most accomplished novel of Hershon’s career; Delving deep into the lives of two
generations, against backdrops as diverse as Dar es Salaam, Boston, Shenzhen and Fishers Island, this keenly
perceptive novel about passion, betrayal, class and friendship will leave readers entranced, and questioning these
characters’ lives and choices long after the last page is turned.