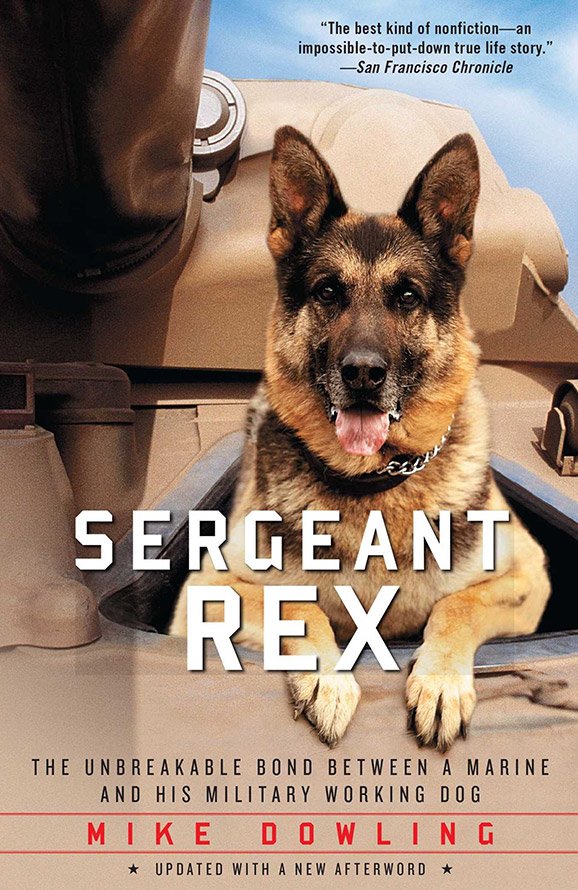 Sergeant Rex: The Unbreakable Bond Between a Marine and his Military Working Dog

Deployed to Iraq’s infamous Triangle of Death in 2004, Sergeant Mike Dowling and his military working dog Rex were part of the first Marine Corps military K9 teams sent to the front lines of combat since Vietnam. It was Rex’s job to sniff out weapons caches, suicide bombers, and IEDs, the devastating explosives that wreaked havoc on troops and civilians alike. It was Mike’s job to lead Rex into the heart of danger time and time again, always trusting Rex to bring them both back alive. Loyalty is one of the hallmarks of any good Marine, and nowhere is that quality more evident than in this astonishing account of Mike Dowling and Rex’s wartime experiences. A moving story of how a man and a dog developed complete trust in each other in the face of terrible adversity, Sergeant Rex is an unforgettable tale of sacrifice, courage, and love.