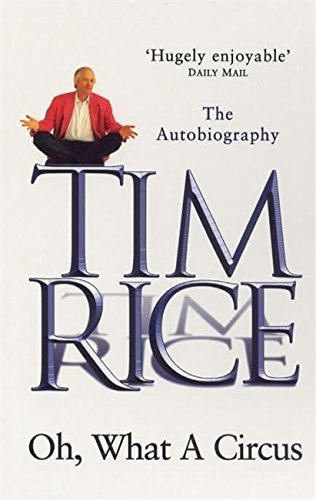 Oh, What a Circus

With wit and candour, Tim Rice describes the gilded path that took him from cricket and comic-obsessed schoolboy to one of the world’s best-known lyricists.

Along the way he worked as a petrol pump attendant and articled clerk before becoming a management trainee at EMI. But it was his fateful meeting with Andrew Lloyd Webber in 1965 which was to be the turning-point in Tim’s career. Immediate fortune didn’t follow and it took the album of Jesus Christ Superstar to reach no.1 in the States before they were taken seriously.

Covering every aspect of his life until his marriage to Jane McIntosh and the opening of the stage production of Evita, this is an engaging and fascinating autobiography.