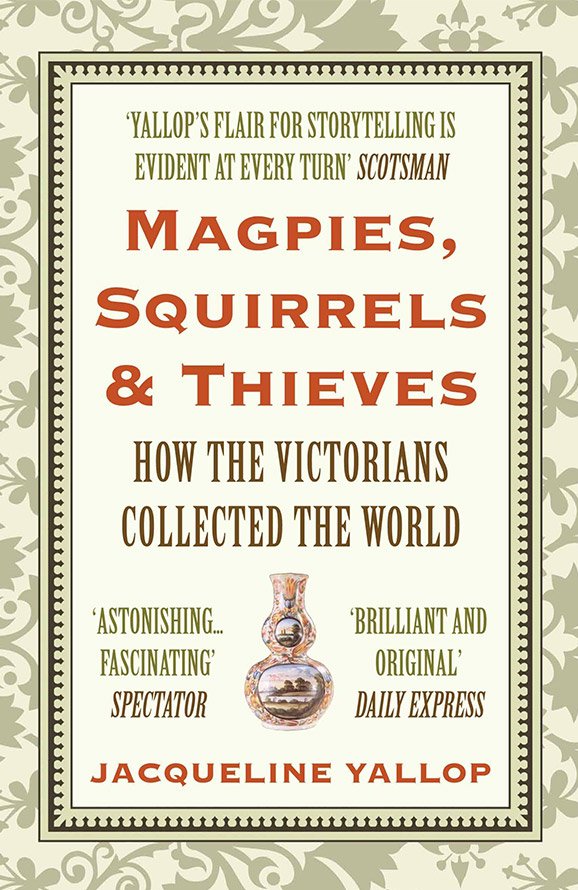 Magpies, Squirrels and Thieves: How the Victorians Collected the World

Longlisted for the Longman-History Today Book of the Year

During the Victorian age, British collectors were among the most active, passionate and eccentric in the world. Magpies, Squirrels and Thieves tells the stories of some of the nineteenth century’s most intriguing collectors following their perilous journeys across the globe in the hunt for rare and beautiful objects. From art connoisseur John Charles Robinson, to the aristocratic scholar Charlotte Schreiber, who ransacked Europe for treasure, and from London’s fashionable Pre-Raphaelite circle to pioneering Orientalists in Beijing, Jacqueline Yallop plunges us into the cut-throat world of the Victorian mania for collecting.

“A fascinating read” – The Spectator