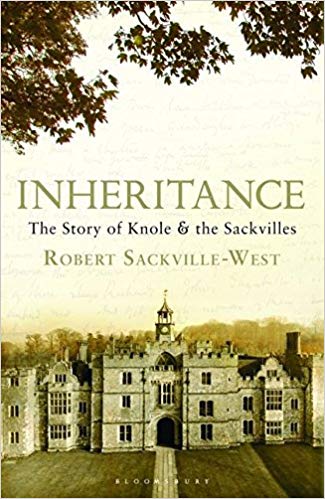 Since its purchase in 1604 by Thomas Sackville, 1st Earl of Dorset, the house at Knole, Kent, has been inhabited by thirteen generations of a single aristocratic family, the Sackvilles. Here, drawing on a wealth of unpublished letters, archives and images, the current incumbent of the seat, Robert Sackville-West, paints a vivid and intimate portrait of the vast, labyrinthine house and the close relationships his colourful ancestors formed with it. “Inheritance” is the story of a house and its inhabitants, a family described by Vita Sackville-West as ‘a race too prodigal, too amorous, too weak, too indolent and too melancholy; a rotten lot, and nearly all stark staring mad’. Where some revelled in the hedonism of aristocratic life, others rebelled against a house which, in time, would disinherit them, shutting its doors to them forever.

It’s a drama in which the house itself is a principal character, it’s fortunes often mirroring those of the family. Every detail holds a story: the portraits, and and all the junk which the subjects of those portraits left behind, point to pivotal moments in history; all the rooms, and the objects that fill them, are freighted with an emotional significance that has been handed down from generation to generation. Now owned by the National Trust, Knole is today one of the largest houses in England, visited by thousands annually and housing one of the country’s finest collections of second-hand Royal furniture. It’s a pleasure to follow Robert Sackville-West, as he unravels the private life of a public place on a fascinating, masterful, four-hundred-year tour through the memories and memorabilia, political, financial and domestic, of his extraordinary family.