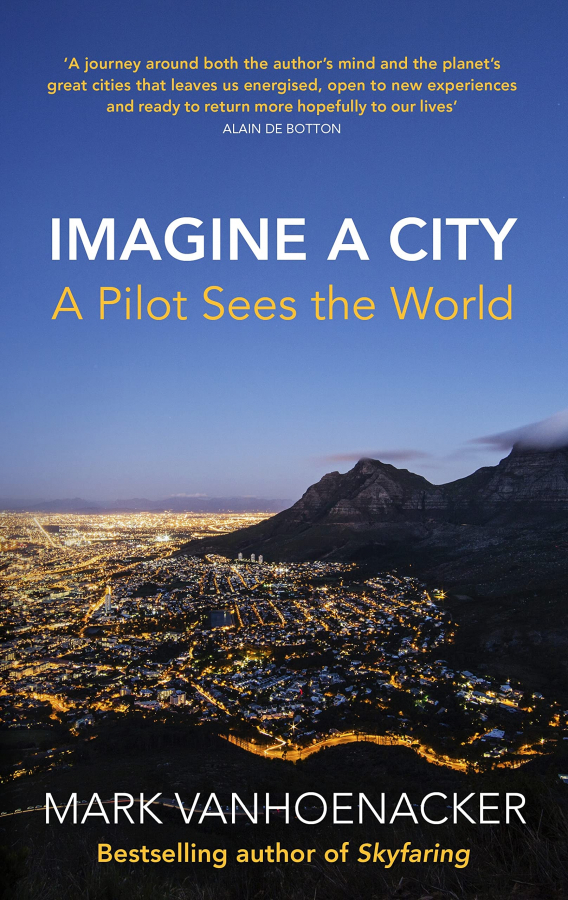 ‘A journey around both the author’s mind and the planet’s great cities that leaves us energised, open to new experiences and ready to return more hopefully to our lives’ ALAIN DE BOTTON

Growing up in his small hometown, Mark Vanhoenacker spun the illuminated globe in his bedroom and dreamt of elsewhere – of distant, real cities, and a perfect metropolis that existed only in his imagination. These places were sources of endless fascination and escape: streets unspooled, towers shone, and anonymous crowds bustled in cities where Mark could be anyone – perhaps even himself.

Now, as a commercial airline pilot, Mark has spent nearly two decades crossing the skies of our planet, touching down in the cities he imagined as a child. He experiences these metropolises in short layover visits that repeat month after month and year after year, giving him a unique perspective on the places that form our urban world.

Interweaving travelogue with memoir, Mark celebrates the cities he has come to know and love through the lens of the hometown his heart has never left. Exploring the emblematic facets of each city’s identity – the sweeping roads of Los Angeles, the old gates of Jeddah, the intricate, dream-inspired plan of Brasília – he shows us with warmth and fresh eyes the extraordinary places that billions of us call home.

‘Will transport you around the globe and back again without leaving your seat’ MARK OVENDEN, author of Airline Maps and London Underground by Design