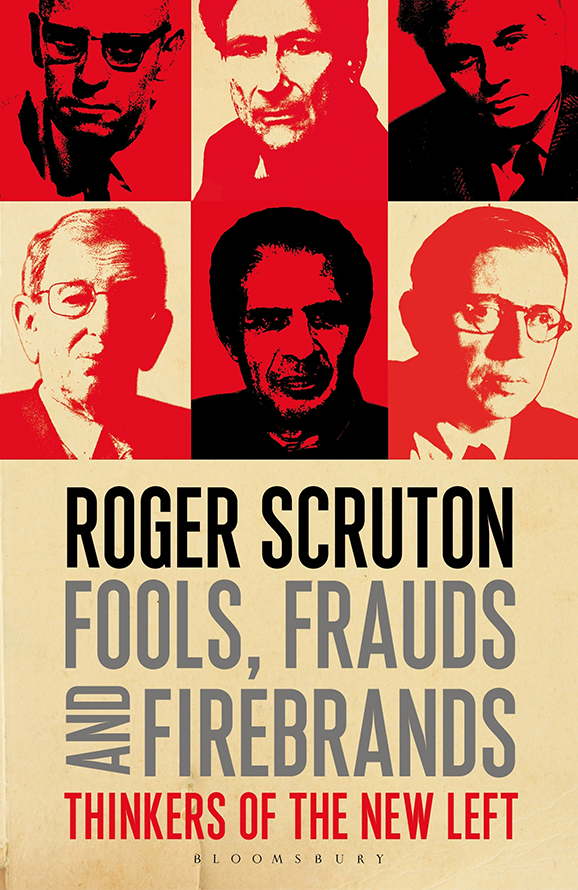 Fools, Frauds and Firebrands: Thinkers of the New Left

The thinkers who have been most influential on the attitudes of the New Left are examined in this study by one of the leading critics of leftist orientations in modern Western civilisation. Scruton begins with a ruthless analysis of New Leftism and concludes with a critique of the key strands in its thinking. He conducts a reappraisal of such major left-wing thinkers as: E. P. Thompson, Ronald Dworkin, R. D. Laing, Jurgen Habermas, Gyorgy Lukacs, Jean-Paul Sartre, Jacques Derrida, Slavoj Zizek, Ralph Milliband and Eric Hobsbawm. In addition to assessments of these thinkers’ philosophical and political contributions, the book contains a biographical and bibliographical section summarising their careers and most important writings.

In Thinkers of the New Left Scruton asks, what does the Left look like today and as it has evolved since 1989? He charts the transfer of grievances from the working class to women, gays and immigrants, asks what can we put in the place of radical egalitarianism, and what explains the continued dominance of antinomian attitudes in the intellectual world? Can there be any foundation for resistance to the leftist agenda without religious faith?

Scruton’s exploration of these important issues is written with skill, perception and at all times with pellucid clarity. The result is a devastating critique of modern left-wing thinking.