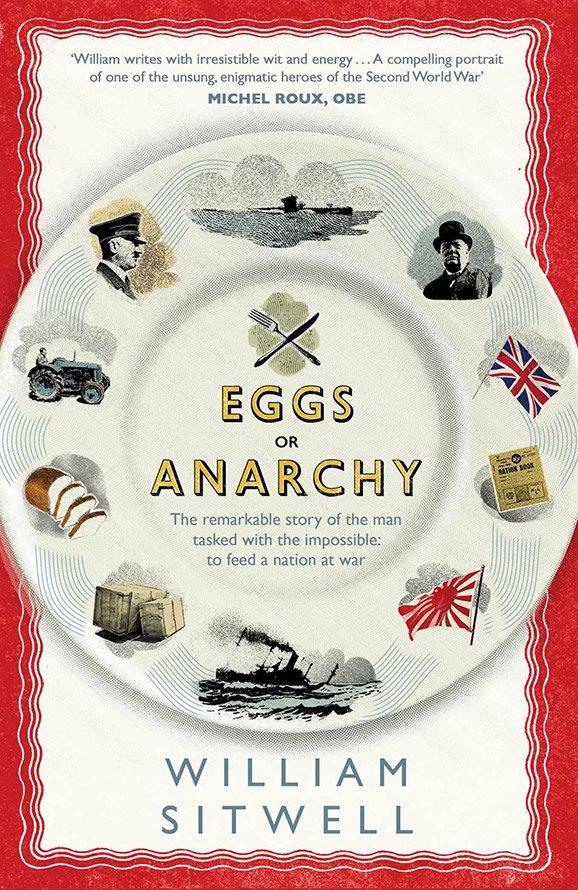 EGGS OR ANARCHY: THE REMARKABLE STORY OF THE MAN TASKED WITH THE IMPOSSIBLE: TO FEED A NATION AT WAR — Buy it here

Eggs or Anarchy is one of the great, British stories of the Second World War yet to be told in full. It reveals the heroic tale of how Lord Woolton, Minister for Food, really fed Britain. As a nation at war, with supply routes under attack from the Axis powers and resources scarce, it was Woolton’s job to fulfil his promise to the British people, and Prime Minister Winston Churchill in particular, that there would be food on the shelves each week. Persuading the public to not resort to the black market and to manage on the very limited ration was one thing, but Woolton had to fulfil his side of the bargain and maintain supplies in time of crisis. A grammar school-educated genius, he was a fish out of water in Churchill’s cabinet and the PM himself doubted Woolton would survive due to the unstinting criticism he faced from colleagues, the press and public.

This is the story of how he battled to save his own career while using every trick in his entrepreneurial book to secure supplies. He battled to outwit unscrupulous dealers on the black market streets of cities within the British Empire – such as Alexandria in Eygpt – persuading customs authorities to turn a blind eye to his import schemes. If Britain had gone hungry the outcome of the war could have been very different. This book, for the first time, finds out the real story of how Lord Woolton provided food for Britain and her colonies and discovers that for him there were days when it was literally a choice of ‘eggs or anarchy’