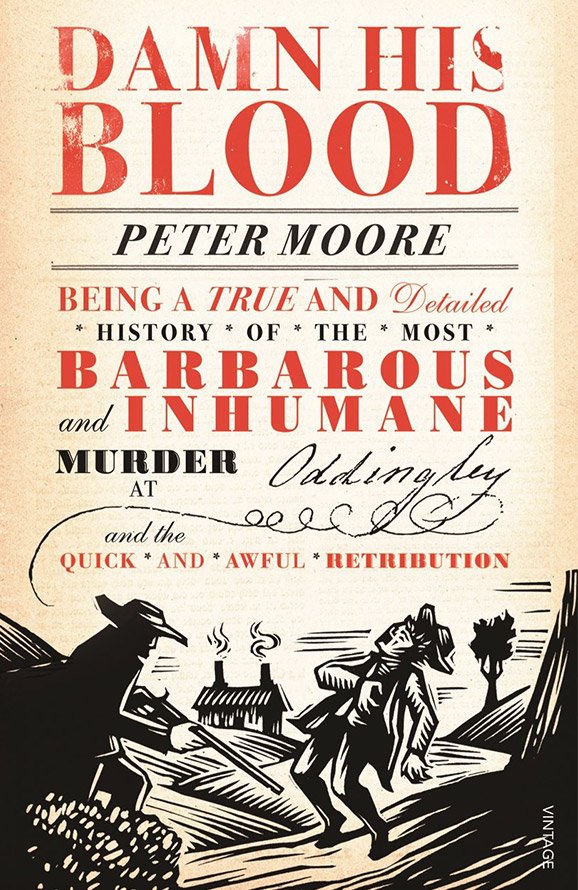 Damn his Blood: Being a True and Detailed History of the Most Barbarous and Inhumane Murder at Oddingley and the Quick and Awful Retribution

Damn his Blood: Being a True and Detailed History of the Most Barbarous and Inhumane Murder at Oddingley and the Quick and Awful Retribution

‘Damn him!’ he swore. ‘There is no more harm in shooting him than a mad dog!’

The brutal murder of the Reverend George Parker in the rural village of Oddingley on Midsummer’s Day in 1806 – shot and beaten to death, his body set on fire and left smouldering in his own glebe field – gripped everyone from the Home Secretary in London to newspapermen across the country. It was a strange and stubborn case. The investigation lasted twenty-four years and involved inquests, judges and coroners, each more determined than the last to solve Oddingley’s most gruesome crime – or crimes, as it turned out.

Damn His Blood is a fascinating glimpse into English rural life at the beginning of the nineteenth century, so often epitomised by the civilised drawing rooms of Jane Austen or the rural idylls of Constable. England was exhausted and nervous: dogged by Pitt’s war taxes, mounting inflation and the lingering threat of a French invasion, violence was rife, particularly in rural communities where outsiders were regarded with deep suspicion.

With a cast of characters straight out of Hardy, Damn His Blood is a nail-biting true story of brutality, greed and ruthlessness which brings an elusive society vividly back to life.