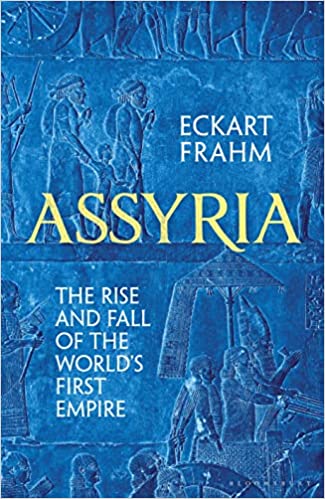 At its height in 660 BCE, the kingdom of Assyria stretched from the Mediterranean Sea to the Persian Gulf. It was the first empire the world had ever seen.

Here, historian Eckart Frahm tells the epic story of Assyria and its formative role in global history. Assyria’s wide-ranging conquests have long been known from the Hebrew Bible and later Greek accounts. But nearly two centuries of research now permit a rich picture of the Assyrians and their empire beyond the battlefield: their vast libraries and monumental sculptures, their elaborate trade and information networks, and the crucial role played by royal women.

Although Assyria was crushed by rising powers in the late seventh century BCE, its legacy endured from the Babylonian and Persian empires to Rome and beyond. Assyria is a stunning and authoritative account of a civilisation essential to understanding the ancient world and our own.