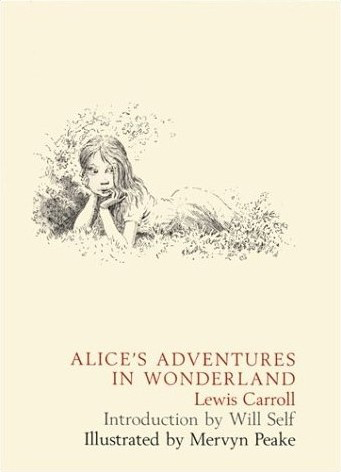 Alice’s Adventures in Wonderland & Through the Looking Glass

Famed worldwide for his Gormenghast trilogy, Mervyn Peake was also an illustrator of rare and wondrous talent, whose editions of Treasure Island and The Rime of the Ancient Mariner are universally admired. In the 1940s he was commissioned to produce a set of 70 pen-and-ink drawings to accompany Lewis Carroll’s two classics, Alice’s Adventures in Wonderland and Through the Looking-Glass. They are among his best work as an illustrator.

Unavailable in any edition since 1978, these extraordinary illustrations, many of which were drawn on poor quality wartime paper, have been restored to their former clarity and crispness by a combination of old-fashioned craft and the latest computer technology. They are now meticulously reproduced, for the first time, as they were meant to be seen.