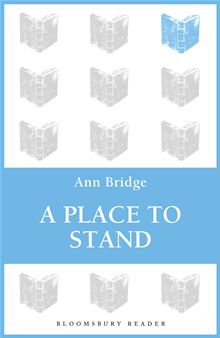 A Place to Stand

In Budapest in the spring of 1941, Hope – a spoilt but attractive society girl and daughter of a leading American business man – finds herself playing the lead in a dangerous and most unexpected affair of underground intrigue. She falls in love with a Polish refugee, and at the moment when Germany invades Hungary, she is already deeply involved – both emotionally and politically. Bridge, herself an eye witness of these events, tells in moving and graphic terms the terrible story of Germany’s ‘protective’ invasion, and although it is presented in the form of an imaginative episode, the historical significance and accuracy are all too tragically evident. This admirable novel is at once a charming love story in the shadow of fear and disruption, a subtle and intimate portrayal of human beings in a time of crisis, and a most exciting narrative, set against the enchanting background of Budapest.