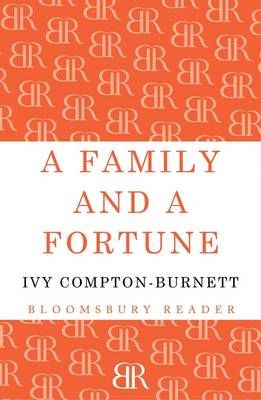 A Family and a Fortune

Edwin Muir wrote of Ivy Compton-Burnett in the Observer: “Her literary abilities have been abundantly acknowledged by the majority of her literary contemporaries. Her intense individuality has removed her from the possibility of rivalry… She takes as her theme the tyrannies and internecine battles of English family life in leisured well-conducted country houses. To Miss Compton-Burnett the family conflict is intimate, unrelenting, very often indecisive and fought out mainly in conversation… The passions which bring distress to her country houses have recently devastated continents.”

In A Family of a Fortune, Compton-Burnett conveys, largely through dialogue (subtle, humorous, envenomed, and tragic), the effects of death and inheritance on the house of Gaveston – in particular on the relations between Edgar and his selfless younger brother, Dudley. This, apart from the embittered character of Matilda Seaton, is her kindliest novel.