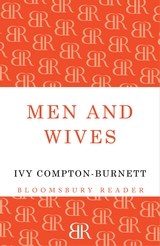 At the centre of this novel stands Harriet Haslam, the epitome of the maternal power figure,whose genuine but overpowering love dominates the novel and whose self-knowledge drives her into insanity. Even after her death. Harriet continues to dominate.Surrounding this central figure are a host of marvelously realised characters – Sir Geoffrey Haslam, Harriet’s husband, an innocent self-deluder; Dominic Spong, a hypocrite whose platitudes do not quite conceal his powerful self-interest; Agatha Calkin whose benevolent maternalism nearly hides the greediest of drives towards power; Lady Hardistry, the most outrageously witty of all sophisticates; Camilla Christy, a loose woman, dazzling, charming, and corrupt. Unlike Harriet Haslam, who will not spare herself the truth, the others are happy with their lies.