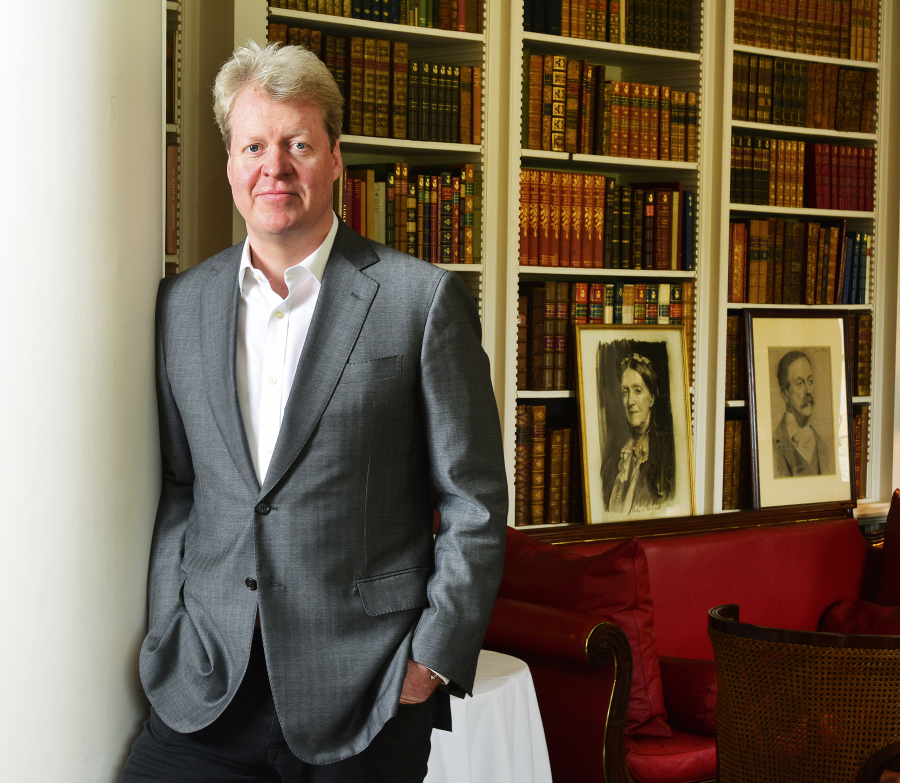 He is the author of seven non-fiction books, including three Sunday Times bestsellers: Blenheim, Battle for Europe, which was shortlisted for Historical Book of the Year at the 2005 National Book Awards; Killers of the King – which was the second highest selling History book in the UK in 2014; and The White Ship, a No. 1 bestseller on Amazon.

As a broadcaster, Charles worked for NBC News as an on-air correspondent, primarily for the TODAY Show, but also for Sunday TODAY, the History Channel, NBC Nightly News and NBC Super Channel -where he wrote and presented the 12-part documentary series, Great Houses of the World. Charles has also written for numerous publications including Vanity Fair, The Spectator, The FT and The Guardian.

He has been the keynote speaker at hundreds of events in the UK, India, USA, South Africa, France, Australia, Canada, Spain, Portugal and New Zealand. He speaks on Generational Succession, Wealth and Legacy, British-American Relations and the History of the British Crown.