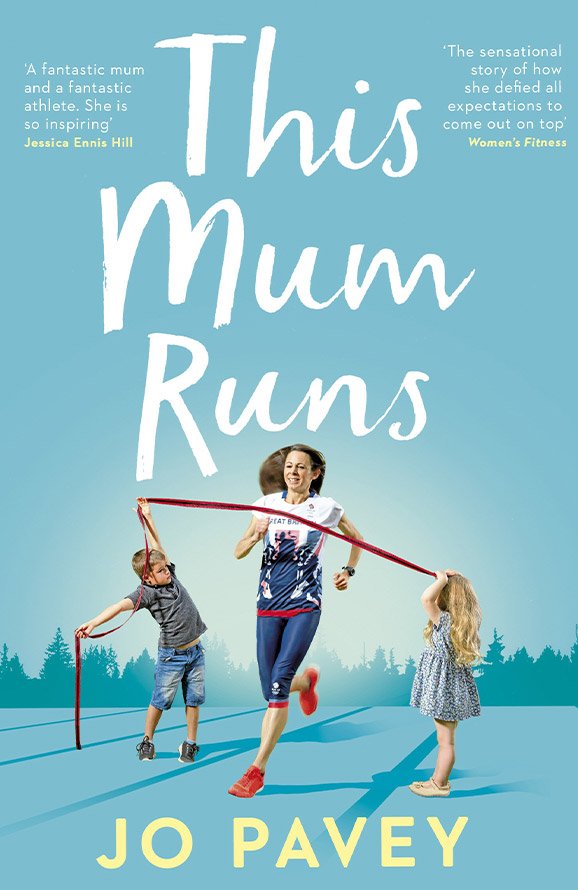 The inspirational story of athlete Jo Pavey, the runner and mum heading to a record-breaking fifth Olympic Games at Rio 2016.

‘Come-back races? I’ve had more than a few, the night of 10 May 2014 was the ultimate long shot. I was a forty-year-old mother of two who had given birth eight months before. I trained on a treadmill in a cupboard by the back door and I was wearing a running vest older than most of the girls I was competing against. Was I crazy?’

Jo Pavey was forty years old when she won the 10,000m at the European Championships. It was the first gold medal of her career and, astonishingly, it came within months of having her second child.

The media dubbed her ‘Supermum’, but Jo’s story is in many ways the same as every mother juggling the demands of working life with a family – the sleepless nights, the endless nappy changing, the fun, the laughter and the school-run chaos. The only difference is that Jo is a full-time athlete pushing a buggy on her training runs, clocking up miles on the treadmill in a cupboard while her daughter has her lunchtime nap, and hitting the track while her children picnic on the grass.

Heartwarming and uplifting, This Mum Runs follows Jo’s roundabout journey to the top and all the lessons she’s learnt along the way. It is the inspiring yet everyday story of a mum that runs and a runner that mums.