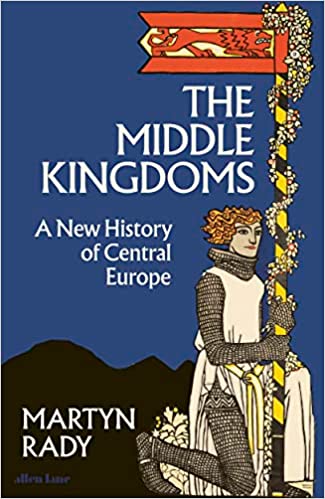 Central Europe is not just a space on a map but also a region of shared experience – of mutual borrowings, impositions and misapprehensions. From the Roman Empire onwards, it has been the target of invasion from the east. In the Middle Ages, Central Europeans cast their eastern foes as ‘the dogmen’. They would later become the Turks, Swedes, Russians and Soviets, all of whom pulled the region apart and remade it according to their own vision.

Competition among Europe’s Middle Kingdoms yielded repeated cultural effervescences. This was the first home of the High Renaissance outside Italy, the cradle of the Reformation, the starting point of the Enlightenment, Romanticism, the symphony and modern nationalism. It was a permanent battleground too for religious and political ideas.

Most recent histories of Central Europe confine themselves to the lands in between Germany and Russia, homing in on Poland, Hungary, and what is now the Czech Republic. This new history embraces the whole of Central Europe, including the German lands as well as Ukraine and Switzerland. The story of Europe’s Middle Kingdoms is a reminder of Central Europe’s precariousness, of its creativity and turbulence, and of the common cultural trends that make these lands so distinctive.