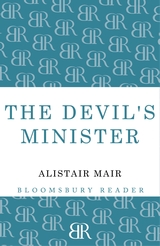 Hugh Collins, a restless socio-anthropologist whose researches had taken him to many strange places, decided that the time to settle down in the northwest of Scotland, the country he had known and loved as a boy. One night, on board ship off the African coast, a man died a very peculiar death. This death was unexplained then, and might have re-examined so, had his young cousin Bill never met the Minister’s daughter. But this meeting, although it almost cost Bill his life, led to the discovery of many strange things in a community held silent by fear and superstition. In this book, the dramatic power of the story is tremendously heightened by the contrasting tranquillity and beauty of the Scottish scene, of which Alistair Mair writes with his customary skill and affection.