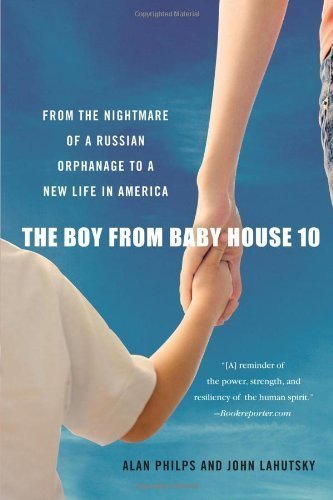 The Boy From Baby House 10: How One Child Escaped the Nightmare of a Russian Orphanage

Vanya is bright, inquisitive four-year-old with tousled black curls and a permanent grin.

He doesn’t know what the sun is.

But Vanya is not stupid. He has not been beyond the four bare walls of his dormitory in a Russian orphanage for two years. During his time in the orphanage Vanya is neglected – starved of love, nourishment and stimulation. Finally, he is sent to an asylum – an underworld where children are left naked on a bare cots for 24 hours a day.

But no matter what abuses he endured, Vanya’s spirit was unquenchable. He never stopped reaching out to the people around him: other children he saw were giving up, the carers he inspired to fight the inexorable cruelty of the Soviet system and at last, across an ocean to the woman who would become his mother.

Vanya’s capacity for love saved his life, against all the odds.