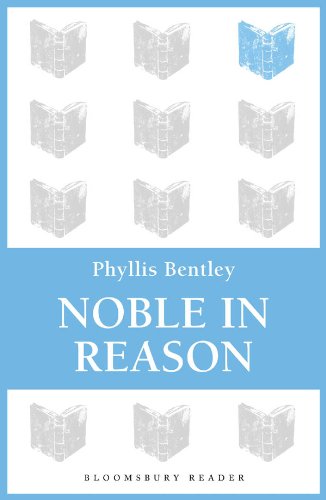 Phyllis Bentley a native of Halifax, has written many novels with a background set in the West Riding of Yorkshire. Her descriptive power has been compared to that of the Brontes, who lived but twelve miles from Miss Bentley’s home.

So intimately written that it appears to be an autobiography, Noble in Reason tells the story of Christopher Jarmayne, a delicate, sensitive lad who suffers a great deal from continued friction with the robust Yorkshire family into which he was born. Filled with self-pity and resentment, he spends an unhappy life until he realizes, in a moment of illumination, that he is as tiresome to them as they are to him. In the light of this revelation he tells the strange and poignant story of his life and, with the wisdom gained from experience, he makes it a dramatic and fascinating story of unusual power.