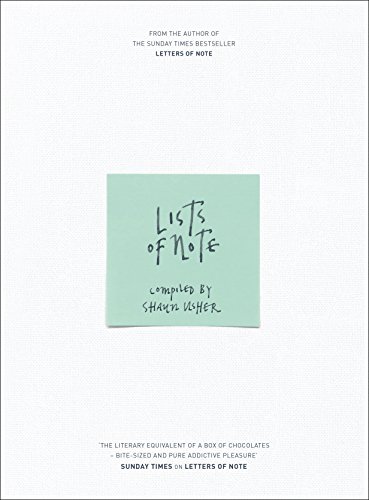 Humans have been making lists for even longer than they’ve been writing letters. They are the shorthand for what really matters to us: our hopes and aspirations; likes and dislikes; rules for living and loving; records of our memories and reminders of the things we want to do before we die. Just as he did with Letters of Note, Shaun Usher has trawled the world’s archives to produce a rich visual anthology that stretches from ancient times to present day. From a to-do list of Leonardo da Vinci’s to Charles Darwin on the pros and cons of marriage or Julia Child’s list of possible titles for what would later become an American cooking bible, Lists of Note is a constantly surprising A-Z of what makes us human. In its pages you’ll find 125 lists with facsimiles or illustrations, including:

And many, many more…