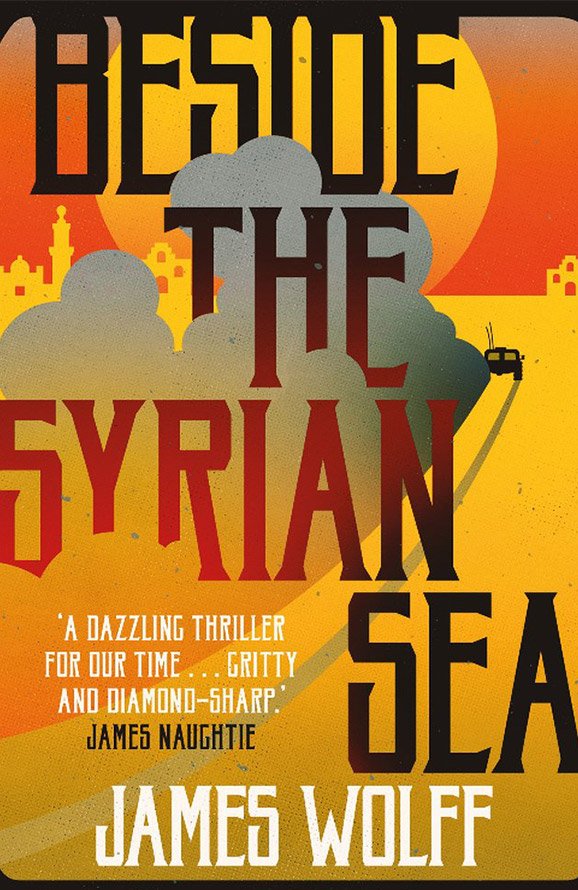 Beside the Syrian Sea

Jonas works for the UK secret service as an intelligence analyst. When his father is kidnapped and held for ransom by ISIS gunmen in Syria, he takes matters into his own hands and begins to steal the only currency he has access to: secret government intelligence. He heads to Beirut with a haul of the most sensitive documents imaginable and recruits an unlikely ally – an alcoholic Swiss priest named Father Tobias. Despite barely surviving his previous contact with ISIS, Tobias agrees to travel into the heart of the Islamic State and inform the kidnappers that Jonas is willing to negotiate for his father’s life. When the British and American governments realise they may be dealing with betrayal on a scale far greater than that of Edward Snowden, they try everything in their power to stop Jonas, and he finds himself tested to the limit as he fights to keep the negotiations alive and play his enemies off against each other. As the book races towards a thrilling confrontation in the Syrian desert, Jonas will have to decide how far he is willing to go to see his father again.

The Times March Book of the Month

“A dazzling thriller for our time…gritty and diamond-sharp.” — JAMES NAUGHTIE

“This important book…brought home to me the complex and shifting situation in the Middle East and the danger of looking for simple responses or explanations. I loved the character of Jonas – the quiet man pushed by his own guilt into becoming a hero.” — ANN CLEEVES, author of the Shetland and Vera Stanhope crime series.

“James Wolff’s Beside the Syrian Sea has two advantages over the average spy story: first the author clearly knows in detail the complex and murky world of Middle Eastern intrigue; and, without detracting from the pace of his story, he deals with questions of faith and conscience pertinent at every level but so often ignored. An intelligent, exciting and wholly convincing novel.” — PIERS PAUL READ, author of Alive and The Misogynist.

“Tautly-drawn tale of espionage in the badlands of Beirut. Wolff brings the thriller bang up to date as a rogue agent takes on Islamic State – as flawed a hero as Alec Leamas in The Spy Who Came in from the Cold.” — DAVID LOYN, former BBC correspondent, foreign policy analyst, and author of Butcher and Bolt: Two Hundred Years of Foreign Engagement in Afghanistan.

“A compelling story of our times, beautifully written and told with all the authority and authenticity of an insider familiar with the complex and dangerous terrain.” — PETER TAYLOR, investigative journalist and author of Talking to Terrorists A Personal Journey from the IRA to Al Qaeda.

“Beside the Syrian Sea is a gripping tale of plots and counter plots; of militias, spies, and priests; of love of family and loyalty to cause. James Wolff rivetingly describes the lengths to which a British spy will go to secure the release of his father from ISIS.” — EMMA SKY, British expert on the Middle East, Director Yale Greenberg World Fellows and author of The Unravelling: High Hopes and Missed Opportunities in Iraq.

“Great characters, convincing detail and a compelling story. All too human MI5 desk jockey, Jonas, is no James Bond but he manages to stay one step ahead of his ex-employers, the CIA, Hezbollah, Isis and the reader right up until the final showdown in the desert.” — CHARLIE HIGSON, Actor, comedian, novelist and author of the Young Bond series.