Jason Plato’s ‘How Not to Be a Professional Racing Driver’ has been shortlisted for the Sports Book Award Autobiography of the Year!

Described by Chris Evans as ‘hilarious and outrageous’, and called ‘pure entertainment’ by Guardian as one of their Books of the Year, ‘How Not to Be a Professional Racing Driver’ is a full-throttle, wickedly funny memoir.

Two-time championship-winning and record-breaking racing driver, Jason Plato is a living, breathing example of what you shouldn’t do if you want to become a professional racing driver:

DO NOT:
· Steal a JCB in Monaco and end up in prison there – twice
· Kill Bernie Ecclestone (almost)
· Choose fags and booze over the gym
· Give Prince Charles the finger on the M42
· Make enemies with a 6ft 6″ rival who is a black belt in everything

Since joining the Williams Touring Car team in 1997 he has had more race wins than Lewis Hamilton and Stirling Moss, competed in more races than Jenson Button and set the largest number of fastest laps ever.

But he’s also a rule breaker who has had more than his fair share of near-death experiences, drunken escapades and more. And yet, he’s still racing.

You can buy Jason’s memoir at: 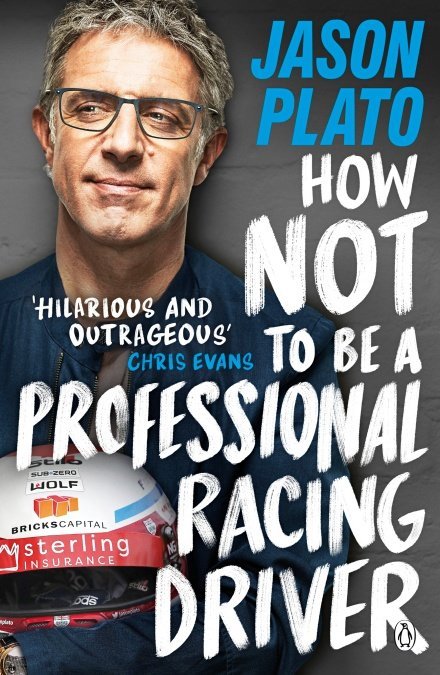