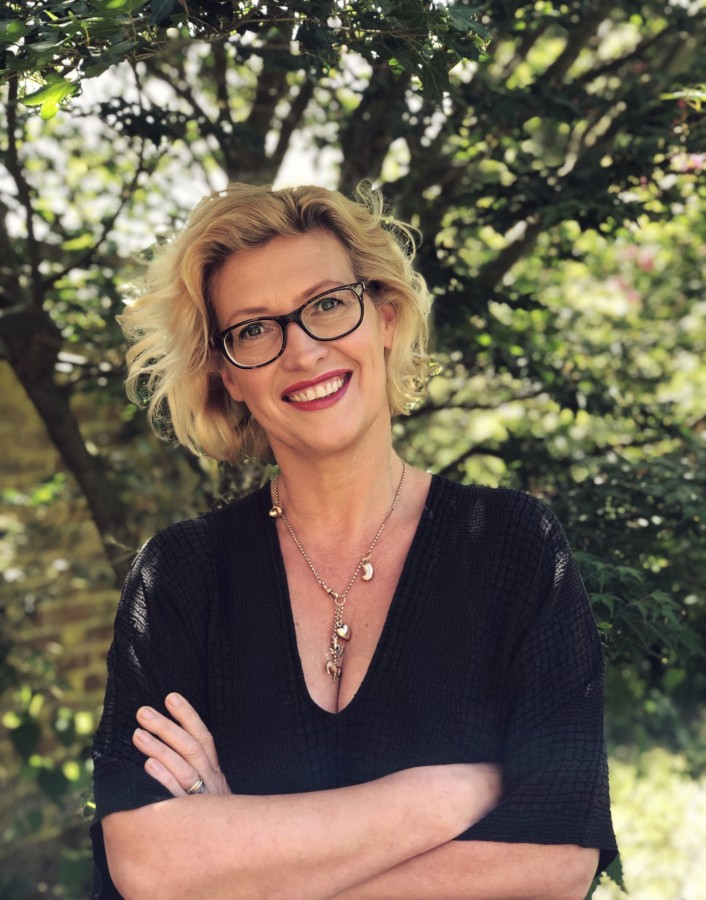 Romla Ryan stayed in education as long as she could, following a History of Art degree with one in Acting. She worked as a professional actress for 7 years until choosing to stay at home with 2 young children and open a garden centre. Years of property development, catering and parenting followed, along with a brief foray into writing for film which produced her first feature film ’The Sick House’ (2006)

Having grown up in London and lived in Italy, France, Kent and East Sussex, she now resides in the very darkest corner of West Dorset where she has gone a bit native, raising pigs, goats, dogs, cats and teenagers. Having saved ‘starting a novel’ as a special treat for herself for when the children left home so as not to miss them too much, she is enjoying writing so much she can hardly remember what her children look like.