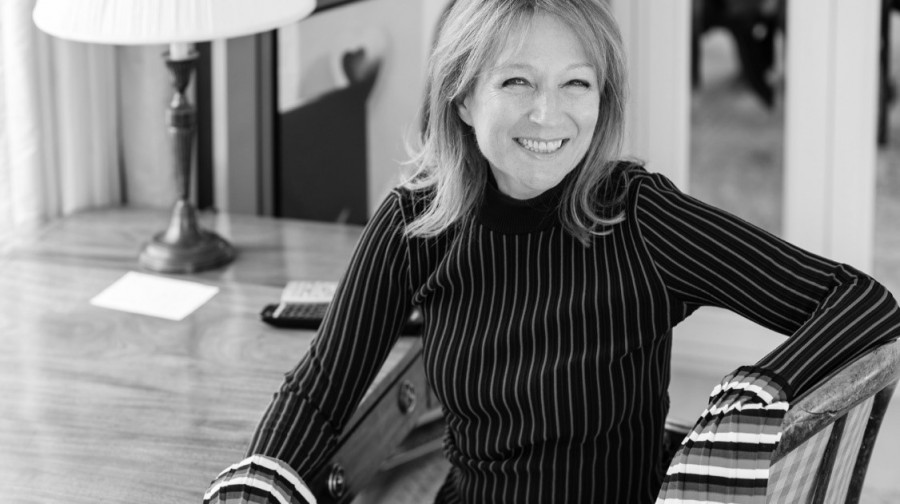 Rita Clifton CBE has been called ‘Brand guru’ by the Financial Times and ‘The doyenne of branding’ by Campaign magazine. The Daily Telegraph described her as ‘The brand leading the brands’. She is a speaker, writer and portfolio non-executive director.

Rita graduated from Cambridge University and started her career in advertising, where she became Vice Chairman and strategy director at Saatchi & Saatchi in its most successful period. She then joined Interbrand, the leading global brand consultancy, as London CEO and then became Chairman for a ten-year term. She now has a portfolio of chairing and non-executive director roles, including ASOS, Ascential plc and Nationwide. Past board roles have included Dixons Retail plc, Bupa, Emap and Populus, the opinion pollster and research company. In 2013, she co-founded and is Chair at BrandCap, the brand consultancy for the boardroom, which now has offices in London, New York and Hong Kong.

Rita speaks around the world on all aspects of brands, branding and business leadership. She is also a regular columnist and commentator on the range of TV, radio and social channels and was a judge and mentor on CNBC’s award-winning business series ‘Pop Up Start Up’. Her writing has included the best-selling book ‘The Future of Brands’, and two editions of The Economist book ‘Brands & Branding’.

Pro bono board roles have included WWF (Worldwide Fund for Nature), the Henley Festival and the UK Government’s Sustainable Development Commission. In the 2014 New Year’s Honours List, Rita was awarded a CBE for services to the creative industries.

😢 Yes indeed. Happy memories of buying hats for my daughter’s wedding and chatting with Mr Toni…

There's been a lot of sadness and nostalgia about the closure of Fenwick, Bond Street. Understandably so.
But no one has mentioned the department store also had the nicest, most luxurious customer toilets on the top floor...
https://www.thetimes.co.uk/article/e4e9852c-7552-11ed-8dd6-146590878cf8

Have you registered yet?
Join leaders and #SocialImpact influencers from across the UK on November 02 – 04 2022 at #Anthropy UK 2022.
Register today: https://anthropy.live/home
#CollectiveImpact #SocialInnovation

2 weeks today #Anthropy opens.
We have big names, but more importantly we have big ambition.
We think people in years to come will say:
‘I was at Anthropy, I helped build a new national vision’.
If you want to be able to say that, there is still time:
http://anthropy.live/home

@agazdecki A happy customer is the best marketing

Join us at #ClimateWeekNYC as we explore just and regenerative futures for technology, climate and health, and edible fats and oils. Register below for our three #ClimateWeek sessions 👇

A new @oxmartinschool study has found:

A more sustainable future in which people & the planet can thrive is within our grasp. How can we reset our ambition & drive deep transformational change to create what’s urgently needed: a #justandregenerative future?

Want to help build a just and regenerative future? We are #hiring two Project Officer roles in the UK, to work closely with a variety of project teams across our UK/EU region and provide effective project support.

Find out more and apply by 18 September: http://ow.ly/cskN50KsvYt

Forum for the Future are excited to invite brand and retailer partners to get involved in a US-based regenerative #cotton growing pilot aiming to support the transition to regenerative production practices and learn with us along the way.

Forum’s CEO Dr @sallyuren is included in @asia_climate's list of 10 Women Leaders from the Climate Space, a great spotlight on Sally and her dedication to building a just and regenerative future.

We are looking for an Honorary Treasurer & Trustee with financial acumen to advise the Board on key matters concerning financial governance.

Thank you - really enjoyed speaking @_ukactive conference this morning. And wonderful to see the brilliant @Tanni_GT again. Have a fantastic rest of conference…

What can Singaporeans do to help fuel the #greeneconomy? The @ChannelNewsAsia Green Plan Challenge sees residents in 15 Singapore towns giving businesses a green makeover. Watch Forum’s Managing Director @_eam participate as panellist in the hackathon👇https://www.youtube.com/watch?v=oq9ZvICkyXk

We are looking for a Development and Communications Director who is an experienced and strategic relationship builder with excellent communication skills, to be based in our London office.

Very excited for the opportunity to share our super important Growing our Future project in the US https://www.forumforthefuture.org/scaling-regenerative-agriculture-in-the-us Thanks @TIME for shining a light on the massive potential of regen ag 🌾 https://twitter.com/TIME/status/1515065677387911183

Do you want to learn how to build resilient #health systems?