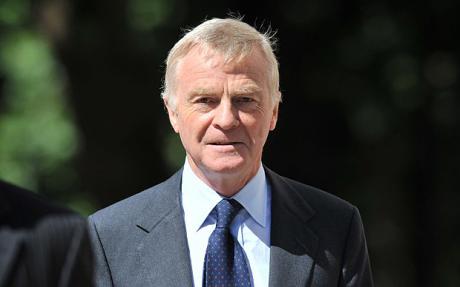 Max Mosley was born in 1940, and after going up to Oxford University he began a career at the Bar before deciding to take up motor racing, initially as a driver. He then became part-owner of the March Formula One team, and worked with Bernie Ecclestone to transform the fortunes of the sport. He was the president of the FIA, the governing body of all forms of motorsport which also represents the interests of motoring organisations around the world, between 1993 and 2009.