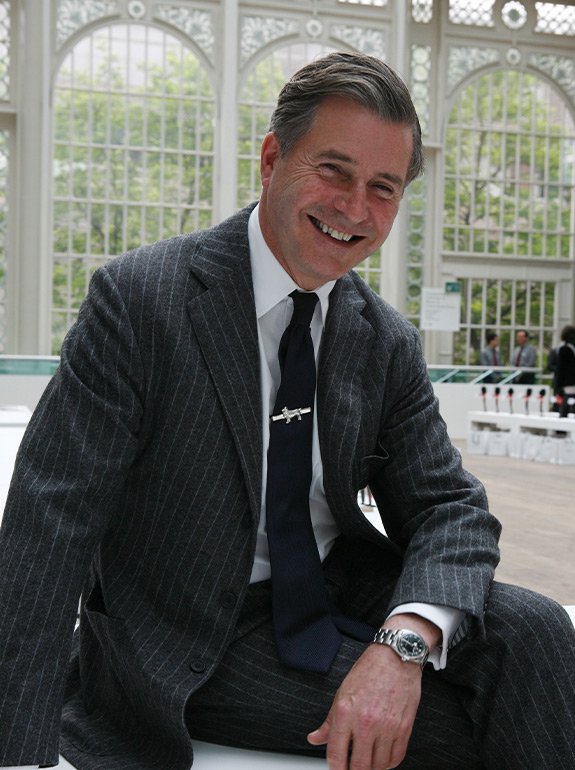 Jeremy Hackett is a fashion designer and businessman, and is the co-founder of classic British menswear company Hackett. Hackett grew from a small boutique selling vintage clothing on the Kings Road to the international brand it is today, and Jeremy Hackett now serves as the company’s global ambassador.

Jeremy left school at the age of seventeen without any qualifications and began working at a local tailors shop, eventually moving to London and working on Savile Row before opening Hackett. Jeremy was born in Wiltshire to an unmarried mother who was forced to give him up and he spent his first six years in an orphanage, before being adopted. In the late nineties he traced his birth mother who now lives in Australia, and then tracked down his birth father, an American doctor. Already having two sisters, he now finds himself with eleven half brothers and sisters.

Jeremy has written articles for a number of fashion publications around the word. For several years, he wrote a column in the Independent on Sunday called Mr Classic, which was turned into a book published by Thames & Hudson in 2008.