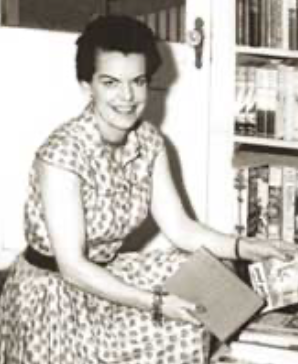 In 1930 and impoverished, a 17-year-old Hermione moved to London to look for a job. As she noted, she was “ill-prepared for life beyond the bounds of a country estate”, and had no qualifications except “good English and good manners.” It was the height of the Depression, and there were few available openings, but she managed to obtain a job selling gas appliances for the Gas Light and Coke Company. Hermione took a secretarial course and subsequently found employment in a War Office typing pool. In 1937, Hermione went to Australia as secretary to Lord Wakehurst who had been appointed as Governor of New South Wales. On a visit to Canberra, she met Daniel Knox, 6th Earl of Ranfurly, who was aide-de-camp to the Australian Governor-General. The were married in January 1939.

When her husband was deployed to the Middle East during the war, she accompanied him there. In April 1941 Daniel was reported missing, he was a prisoner of war for three years in Italy. Between 1941 and 1944, Hermione Ranfurly lived in Cairo, Jerusalem, Baghdad and Algiers. She was reunited with her husband in 1944.

In 1957, Lady Ranfurly extended the Ranfurly Library Service project to other developing countries short on English books; the organization later changed its name to Book Aid International. She was appointed Officer of the Order of the British Empire in the 1970 New Year Honours. She enjoyed her old age, noting “you have so many more memories than when you are young”. She died at her home in Buckinghamshire on 11 February 2001 at the age of 87.