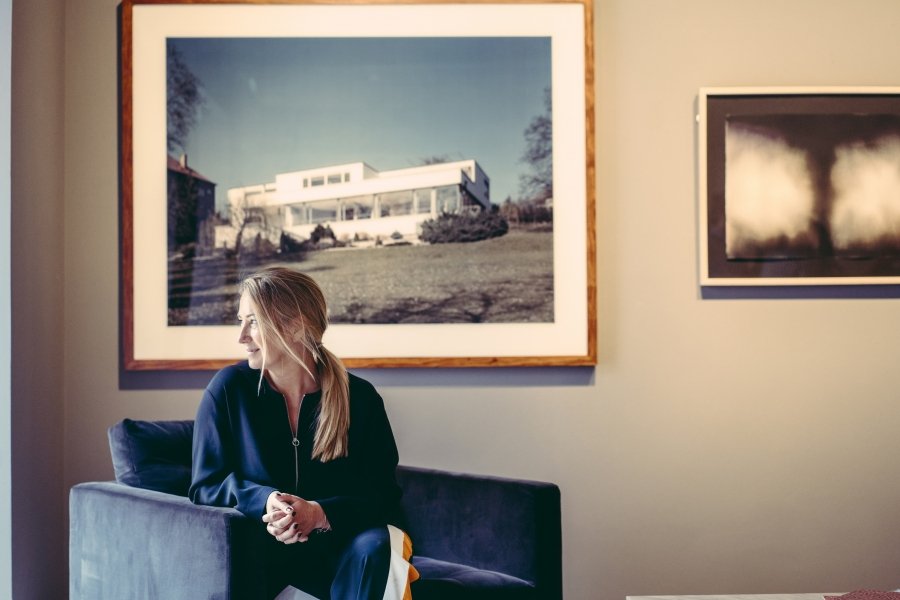 Anya Hindmarch founded her business in London in 1987 and it has since grown into a global brand.

The first accessories designer to hold an on-schedule London Fashion Week show, Anya Hindmarch has become renowned for its production and creativity. Highlights include shows with models emerging from within a giant space-age Amphitheatre and an artful suburban house that revealed a giant disco ball. Anya Hindmarch’s Chubby Hearts campaign – a love letter to London that saw the brand suspend 24 giant heart shaped helium balloons above different London landmarks – gained international recognition. The Chubby Cloud installation saw 3000 visitors enveloped (quite literally) in her brand when they visited the world’s largest beanbag at Banqueting Hall to hear music, meditations, talks and bedtime stories and The Weave Project celebrated the woven Neeson tote with a giant art installation that customers were able to climb through. The Designer’s Postbox Maze saw visitors attempt to solve a giant maze inspired by the patterns within M. C. Escher’s Metamorphosis III mural, while discovering recordings of a series of remarkable letters written over the centuries and from around the world. Most recently Anya Hindmarch launched the I Am A Plastic Bag campaign; a collection made from an innovative new fabric created from recycled plastic bottles and coated with recycled plastic windshields. For London Fashion Week the brand closed their London stores for three days and filled them with 90,000 used plastic bottles, which were collected by the Anya Hindmarch team from their local community to make a statement about the amount of plastic that is thrown away.

Creativity, modern craftsmanship and personalisation sit at the heart of everything Anya Hindmarch does. The launch of Sticker Shop shaped a global cult of leather stickers, allowing customers to create their own personal artwork. Taking an obsession with craftsmanship and personalisation a step further, the Build a Bag and Pimp Your Phone collections allow the customer to design their own bag or phone case from thousands of potential combinations. Launched in 2017, the Anya Smells fragrance collection recreates everyday scents using the finest materials.

There are also three Anya Hindmarch Bespoke stores, where customers can have drawings or messages in their own handwriting embossed by in-store craftsmen. Part of an on-going commitment to reconnect the craftsman and the customer, each bespoke piece is – as Anya says – about ‘having your name on something, rather than mine’.

A passionate advocate of British design and arts, Anya is also a Non-Executive Director of the British Fashion Council and a Emeritus trustee of both the Royal Academy of Arts and the Design Museum. In 2017 Anya Hindmarch was awarded a CBE in recognition for her contribution to the British fashion industry and has received several notable industry awards including a British Fashion Award.