Chi-chi Nwanoku OBE is about to join Classic FM as our newest presenter. We catch up with the Chineke! Orchestra founder about what we can expect from her new show, and the state of diversity in classical music.

Chi-chi Nwanoku OBE, the founder of Chineke! Foundation and double bassistextraordinaire, is optimistic about diversity in classical music.

“Although it might seem a bit slow at the moment, I think classical music is suddenly going to become much more diverse,” she tells Classic FM, ahead of the start of her new radio show, Chi-chi’s Classical Champions.

“At least I hope so. And I certainly know our Junior Orchestra are winning places at the conservatoires, and we’re seeing more children of multi ethnicities going into the conservatories across the country, so really taking this industry seriously as though they’re going to make it their careers.”

Aiming to provide careers for, and champion, up-and-coming Black, Asian and ethnically diverse classical musicians in the UK and Europe, Chineke! Foundation comprises of Chineke! Orchestra and Chineke! Junior Orchestra for young musicians between the ages of 11 and 22.

Chineke! Junior has even been under the literal spotlights of Britain’s Got Talent – more than once.

“Chineke! has been championing music by composers of ethnicity for the last five years, and other orchestras and conductors are beginning to pick up on some of these pieces that we’ve performed and introduced them back to their own orchestras to play,” Nwanoku confides.

“One of the promises I made when I started Chineke! is that every concert will include a piece of music written by a composer of relative ethnicity, because there’s such glorious music out there that we’ve been starved of and the world has been starved of.

“Literally every single concert has helped us to research music that’s written by our own ancestors, and of course we repeat some of these pieces – that’s how music becomes canonised, by being repeated – and I think there are a few new pieces that I’ll be presenting on my new show, Chi-chi’s Classical Champions, that should earn their way into that canon.”

With the new show, which champions Black, Asian & ethnically diverse composers and performers, Nwanoku hopes to open our ears and eyes to wonderful new music and musicians we may have never heard before.

She enthuses that’s she’s “absolutely thrilled” to be starting the show. “I can’t wait, because there’s so much wonderful music that’s so rarely played on the air, or even in the concert hall, and this is a fantastic opportunity to share some of the things that I’m absolutely committed to and passionate about.”

Nwanoku said as listeners we can expect to be very happily surprised, and come away with some new go-to pieces.

“It’s always great to suddenly discover something that you never knew existed, which is what’s so thrilling about some of these choices,” she tells us. “Some of the pieces are things that I’ve only just discovered myself or since having created the Chineke! Foundation. 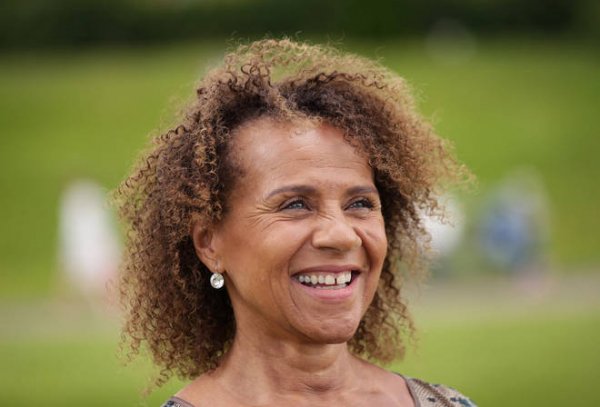 “Having been a professional musician for 35 years before that, playing only music from the great canon and being very comfortable with that, I always knew where I was. And then suddenly to hear about another composer, whose name I’ve never heard before, or stories I’ve never heard about them before, is so marvellous.”

Nwanoku adds: “It’s sort of a double-edged thing, though. On one hand it’s exciting to discover a new piece of music, and on the other hand it’s infuriating that we were not taught this music as students.”

So, who is Chi-chi most looking forward to introducing us to in her show?

“Apart from Samuel Coleridge-Taylor, who I obviously champion because he’s a British composer – and because every time we perform his music with Chineke! the whole audience is moved every time – there’s an amazing Brazilian composer, José Maurício Nunes Garcia.

“The Requiem that he wrote is just off the scale. When I think that I spent over 35 years playing the same three requiems – Mozart, Fauré and Verdi – all fantastic pieces, to discover that there’s another incredible Requiem Mass is mind-blowing.”