We are delighted that Saul David’s fantastic ‘Crucible of Hell’ has been shortlisted for the British Army Military Book of the Year Award!

The British Army Military Book of the Year (BAMBY) is a prestigious book prize, judged by a diverse panel of officers and soldiers, representing the very best military books of the previous year.

BAMBY was established in 2008 and is in its 14th year. Previous winners have included the Late Lord Ashdown, Professor Andrew Roberts, and Doctor Aimée Fox. The aim of the prize is to encourage reading and study about the profession of arms amongst our soldiers and this year’s offering will not disappoint.

Every month, from March until September, the Army Library and Information Service will feature a Book of the Month on its BAMBY Book Club webpage on Defence Connect. You can read the books along with our judges and let them know what you think. They are available as eBooks, so there is no excuse!

The #BAMBY21 shortlisted books are:

Dr Robert Johnson – Lawrence of Arabia on War: The Campaign in the Desert 1916-18.

Professor David Kilcullen – The Dragons and the Snakes: How the Rest Learned to Fight the West.

WO2 Paul Barnes, who has run the competition for the last four years said, ‘Once again, seven excellent books have been chosen for this year’s #BAMBY and the challenge has been laid before our soldiers to engage with writing on the profession of arms, our people are our key advantage and developing them should be our central goal’. 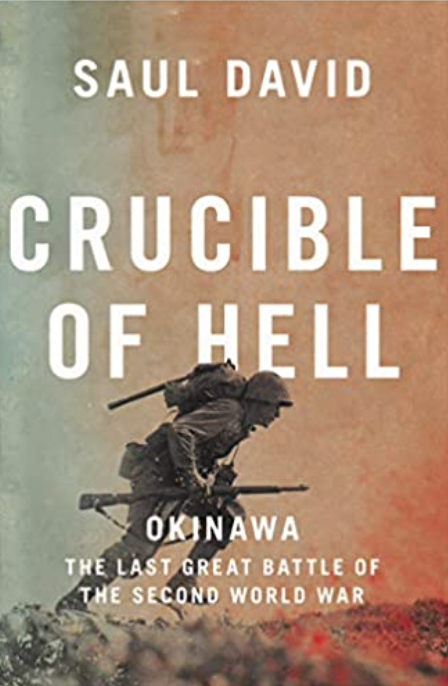 “Saul David is a brilliant historian … In shocking and jaw-dropping detail, he brings a battle that deserves far greater prominence and understanding vividly back to life” – James Holland

From award-winning historian Saul David, an action-packed and powerful new narrative of the Battle of Okinawa – the last great clash of the Second World War, and one that had profound consequences for the modern world.

For eighty-three blood-soaked days, the fighting on the island of Okinawa plumbed depths of savagery as bad as anything seen on the Eastern Front. When it was over, almost a quarter of a million people had lost their lives, making it by far the bloodiest US battle of the Pacific. In Okinawa, the death toll included thousands of civilians lost to mass suicide, convinced by Japanese propaganda that they would otherwise be raped and murdered by the enemy. On the US side, David argues that the horror of the battle ultimately determined President Truman’s choice to use atomic bombs in August 1945.

It is a brutal, heart-rending story, and one David tells with masterly attention to detail: the cramped cockpit of a kamikaze plane, the claustrophobic gun turret of a warship under attack, and a half-submerged foxhole amidst the squalor and battle detritus. The narrative follows generals, presidents and emperors, as well as the humbler experiences of ordinary servicemen and families on both sides, and the Okinawan civilians who were caught so tragically between the warring parties.

Using graphic eyewitness accounts and declassified documents from archives in three continents, Saul David illuminates a shocking chapter of history that is too often missing from Western-centric narratives of the Second World War.