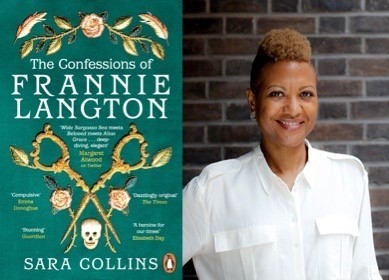 Sara Collins has been shortlisted for the Costa First Novel Award.

THE CONFESSIONS OF FRANNIE LANGTON was published in April by Viking to critical acclaim and was a Waterstone’s Fiction Book of the Month for August.

The winner of the First Novel Category will be announced on the 6th January.

THE CONFESSIONS OF FRANNIE LANGTON has also been optioned for TV by Drama Republic.