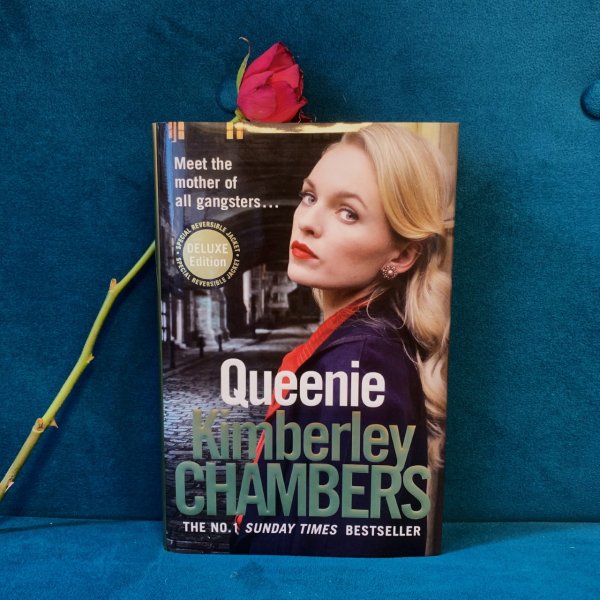 We are so excited to be able to say that Kimberley Chambers’ ‘Queenie’ has reached number 1 in The Sunday Times hardback chart!

Kimberley Chambers is the Sunday Times Number One Best-Selling author of eleven novels, including the hugely successful Butlers’ series and Mitchells’ and O’Haras’ sagas. Her novels are set in the gritty underworld of the East End, and her distinctive style, full of humour, warmth and violence has developed a loyal and growing fan base.

‘Queenie’ – Kimberley Chambers, published by HarperCollins on the 23rd January 2020

For young Queenie, life in the backstreets of Whitechapel was a lesson in survival – Hitler’s bombs hit those with nothing the hardest. When danger strikes close to home, Queenie finds an ally in Mrs O’Leary, whose two sons are the kingpins of the East End. But while the O’Learys are the light in Queenie’s life, fate has a different path in store.

AND MEN ARE WHAT THEIR MOTHERS MAKE THEM . . .

Now married to the useless Albie Butler, Queenie is raising her children to fight their own battles. If the O’Learys taught her anything, it was that surviving meant doing whatever you had to, no questions asked, and family always comes first. The Butler boys will make sure their mother’s name becomes East End legend.

“If you enjoy tough, gritty crime novels, you will love this book” – Rachel Abbott

“This beautifully crafted, sharp, well-paced novel will keep you hooked until the very end. An outstanding tale of betrayal, violence and love. Buy it. Read it. You’ll love it. I did” – Amanda Prowse

“Brilliantly delivers a story of violence, treachery and family ties… Easy to read and hard to put down” – News of the World