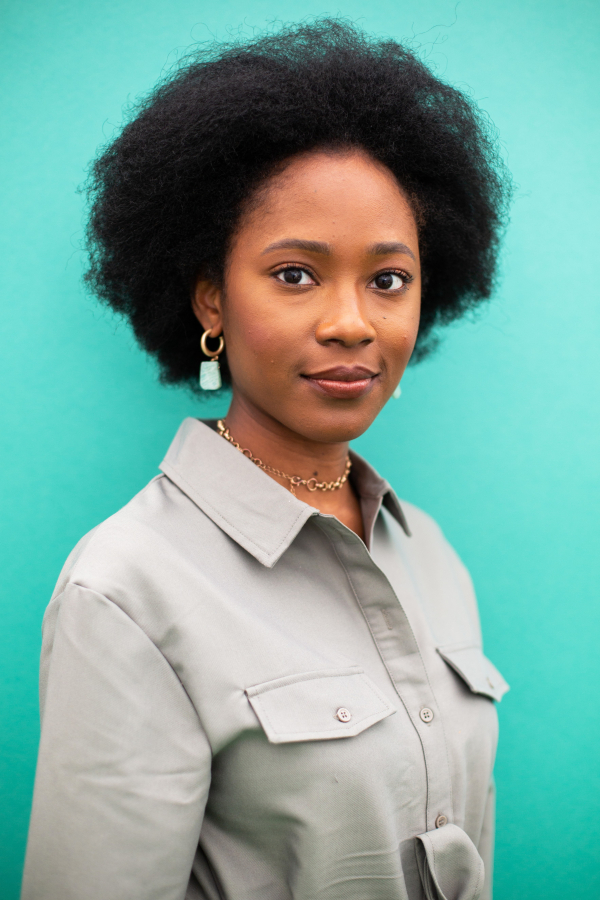 Theresa Lola is a British Nigerian poet and writer and was appointed the Young People’s Laureate for London in the year 2019-2020.

She holds a Masters in Creative Writing from University of Oxford where she received a Kellogg Scholarship. In 2018 she was awarded the Brunel International African Poetry Prize. Her debut poetry collection ‘In Search of Equilibrium’ was longlisted for the 2021 Michael Murphy Memorial Prize. In 2022 her poem ‘Equilibrium’ from her collection was added to OCR’s GCSE English Literature syllabus.

Theresa Lola has been featured in British Vogue, PORTER magazine, Evening Standard, and Sunday Times Style Magazine. In 2019 she was a senior judge for The Queen’s Commonwealth Essay Competition. She has been commissioned by Tate, Selfridges, National Gallery, and Channel 4’s Random Acts. In 2021 she co-wrote a short film which premiered at the 2021 London Fashion Week. She has previously been writer-in-residence at Bethlem Museum of the Mind, and Wellcome Collection, teaching and writing in response to visual art. In 2021 she presented the audio documentary ‘Poems at Dusk’ for BBC Radio 4. She has read her work across the UK at Hay Festival, Cheltenham Literature Festival, Mansion House, Kensington Palace, Southbank Centre, and internationally in Germany, Brazil, and Singapore.